Deal in the works with the Department of Justice. 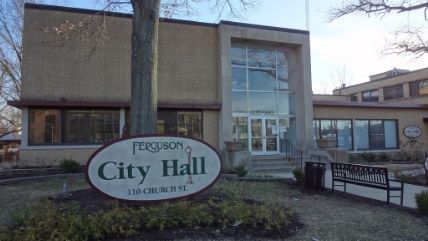 We've known since March that the Department of Justice (DOJ) has looked at how the police and courts in Ferguson, Missouri, have behaved and found significant unconstitutional treatment of its citizens (particularly minorities), finding any excuse to cite or arrest people and then trying to milk them for money to fund its government.

Now, nine months later, The New York Times reports that a deal is approaching between the small St. Louis County suburb and the DOJ to resolve the problem. But there's a bit of a snag compared to how the DOJ announces deals with other cities to reform police behavior. Because a big chunk of Ferguson's sins involve the police and courts treating the citizens like piggy banks (as opposed to just the city leaders treating them that way, I guess), implementing oversight systems that also cost money are going to be a bit of a challenge. With very little revenue to work with, Ferguson leaders argue they'll have to raise taxes, and that will require a public vote:

The agreement, which would be filed in federal court, would require new training for police officers and, improved record-keeping, and would install a federal monitor to ensure those changes were made, officials said, one week after marathon negotiations that began in the morning and stretched past midnight.

"We have made tremendous progress. We're very close," Mayor James Knowles III said in a telephone interview. He said "small sticking points" remained, though he declined to describe those points or to provide details of items being negotiated.

The agreement would also require changes to the courts, but it's not clear what those will be as yet. Missouri has already passed a law trying to reduce the predation on residents by capping the percentage of a town's budget that can originate from traffic citations. That law has prompted a lawsuit by some of Ferguson's neighboring towns that engage in similar behavior, but didn't have the protest-invoking shooting of Michael Brown to force change. The Times notes how the dependence on fines is going to affect Ferguson's ability to fund reforms:

The price tag for Ferguson is uncertain, but according to a recent letter from the city, the cost of a federal monitor is estimated to be $350,000 in the first year. There will also be costs for training and equipment. The city had a $2.5 million operating deficit last year, and has been forced to tap into its reserves.

The deficit is partly because of the city's reliance on traffic fines and fees. Those collections fell by more than $1 million — nearly half — in the budget year during which Mr. Brown was killed and the city was upended by civil unrest, budget records show. And the cost of legal expenses and overtime pay jumped as the city contended with protests. "The city recognizes that it currently finds itself in perilous circumstances," an assistant city manager wrote in the city's current budget document.

Ferguson's City Council would have to get plan together to increase taxes by January in order to present it to its citizens for a vote in April. Read more here.