Trump is a disgrace. 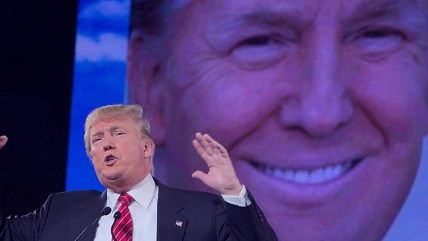 Now Trump is trashing the bedrock principles of religious liberty, due process, and equal protection by calling for a "total and complete shutdown" of Muslims entering the United States. Even Dick Cheney, who is nobody's idea of a dove when it comes to the so-called war on terror, is aghast at Trump's bigotry. "It goes against everything we believe in," Cheney told conservative radio host Hugh Hewitt.

To be sure, Trump's brand of overt government discrimination is not exactly unprecedented in American history. There were the notorious Chinese Exclusion Acts of the late 19th century, as well as the shameful U.S. exclusion of Jewish refugees in the 20th century. And of course there was President Franklin Roosevelt's vile and indefensible internment of Japanese Americans during the 1940s.

Ominously, Trump is now citing FDR's misdeeds in support of his own reprehensible call to single out Muslims for abuse. FDR "is a president highly respected by all, he did the same thing," Trump told ABC News. Perhaps it should go without saying, but decent people look on FDR's crimes and recoil in disgust. Trump apparently sees them as some sort of useful blueprint for implementing future acts of government repression.

Just when you thought Trump couldn't sink any lower, he opens his mouth and yet another rancid, unconstitutional idea spews out.