The Supersoldier Drug That Isn't 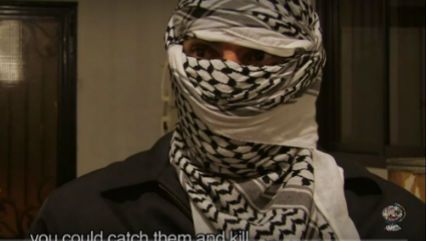 In the early 1990s, during the U.S. intervention in Somalia, press reports blamed the appalling violence in that country on qat, a stimulant shrub with a long history of social use there. As I explain in my latest Forbes column, reporters covering the civil war in Syria are making a similar mistake:

In the 1960s and '70s, doctors prescribed Captagon for narcolepsy, depression, and hyperactivity. First synthesized in 1961 by the German pharmaceutical company Degussa AG, Captagon was marketed as a milder version of the stimulants previously used for those conditions. But evidently its advantages over other drugs were less obvious than the manufacturer hoped, because by 1981 the U.S. government had placed Captagon in Schedule I of the Controlled Substances Act, indicating that it has "no currently accepted medical use."

Today Captagon has been transformed from a mild-mannered medicine into "a tiny, highly addictive pill" that is "fueling Syria's war and turning fighters into superhuman soldiers." Or so claims The Washington Post, which says "Captagon quickly produces a euphoric intensity in users, allowing Syria's fighters to stay up for days, killing with a numb, reckless abandon." The Washington Times concurs, using suspiciously similar language: "The drug quickly produces a euphoric intensity in users, allowing fighters to stay up for days and attack with reckless abandon." The Post and the Times use the same quotations from a 2014 Reuters story and a recent BBC documentary to create the impression that Captagon enables members of various armed groups in Syria to fight without fear, kill without hesitation or remorse, and resist brutal interrogation, literally laughing at the pain.

All this is rather puzzling in light of Captagon's chemistry and its earlier reputation as a prescription drug. Such breathless accounts do not reflect Captagon's properties so much as reporters' perennial willingness to believe outlandish claims about unfamiliar drugs.