Legislators should ignore the self-interested fearmongering of cops and prosecutors who oppose forfeiture reform. 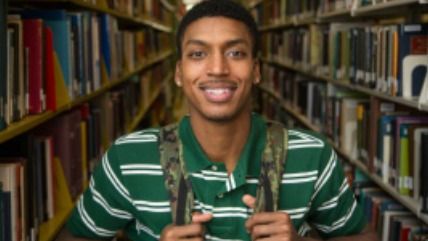 During a talk radio debate last week, Tulsa's district attorney, Steve Kunzweiler, warned that civil forfeiture reform would invite "some of the most violent people in the history of this planet" to set up shop in Oklahoma, making decapitated bodies "hung from bridges" a familiar sight in the Sooner State. Last month Steve Jones, an assistant district attorney, told Tennessee legislators "criminals will thank you" for making it harder to confiscate people's property.

These are the noises that cops and prosecutors make when people talk about restricting their license to steal. A new report from the Institute for Justice (I.J.), which gives the forfeiture laws of both Oklahoma and Tennessee a D–, explains why legislators should ignore such self-interested fearmongering.

The I.J. report shows how civil asset forfeiture—which allows the government to take property supposedly linked to crime without charging, let alone convicting, the owner—exploded after Congress started letting law enforcement agencies keep the loot in the mid-1980s. The Justice Department's Asset Forfeiture Fund collected $4.5 billion in 2014, up from $94 million in 1986—an inflation-adjusted increase of 2,100 percent.

Many states followed the federal government's example, giving police and prosecutors a financial interest in forfeiture by awarding them anywhere from 45 percent to 100 percent of the money it generated. That gave law enforcement agencies a strong incentive to target people based on the assets they own rather than the threat they pose—"to favor the pursuit of property over the pursuit of justice," as I.J. puts it.

Neither justice nor public safety was served when cops took $11,000 in cash from Charles Clarke, a 24-year-old college student, at a Kentucky airport last year. The justification for seizing the money, which Clarke had saved from financial aid, family gifts, and various jobs, was that his suitcase smelled of marijuana.

Clarke, although a cannabis consumer, was no drug dealer, but that did not matter under federal law, which allowed seizure of the money based on "probable cause that it was proceeds of drug trafficking or was intended to be used in an illegal drug transaction." To keep the cash, the government need only show it's more likely than not that the money is connected to drugs in some way.

Even that "preponderance of the evidence" burden, which is much less demanding than the proof "beyond a reasonable doubt" required in a criminal trial, applies only when the owner contests a civil forfeiture. According to numbers obtained by I.J., that happens in only 12 percent of federal cases.

The failure to challenge a forfeiture is by no means proof of the owner's guilt, since trying to stop the government from keeping your property is a complicated and expensive process that often costs more than the asset is worth. And although federal law notionally protects innocent owners from forfeiture, they bear the burden of proving they did not consent to or know about an illegal use of their property—a reversal of the "innocent until proven guilty" rule in criminal cases.

Most states likewise make it easy for cops to take people's stuff and hard to get it back. That's why you can lose your home if your son sells pot there, lose your pickup truck if he installs stolen parts in it, and lose your car if your spouse uses it to find a prostitute—even if you knew nothing about the illegal activity that made your property guilty in the eyes of the law.

Cases like these have inspired reforms in several states during the last couple of years. Most notably, New Mexico and the District of Columbia now allow forfeiture only after a criminal conviction and channel the proceeds into their general funds.

The latter reform is especially important and especially repugnant to cops and prosecutors. As Steve Jones, the Tennessee prosecutor, explained, law enforcement officials rebel at the notion of relying on legislative appropriations because "we don't get what we need that way."