Purdue's Mitch Daniels, Brookings' Jonathan Rauch, and students at Claremont-McKenna speak up loudly for the free and open exchange of ideas. 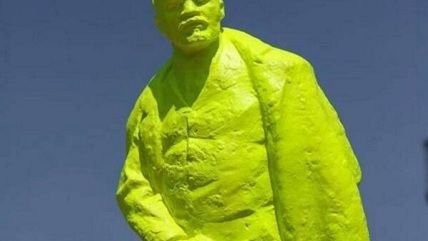 The past few weeks have not been good for free expression on the nation's college campuses. Indeed, virtually every day seems to bring news of another feckless college president or bureaucrat stepping down for failing to protect students from potentially hurt feelings and ugly episodes (at least one of which has been revealed to be a hoax).

So it's good to see at least a few instances of people standing up for free speech and due process on college campuses, where intellectual curiosity, integrity, and freedom is supposed to trump reactionary emotionalism.

One example is former Indiana Gov. Mitch Daniels, who now serves as president of Purdue University. Even as Yale bigwigs were flinching in the face of students angry over a discussion of how to deal with potentially offensive Halloween costumes, Daniels has released this statement:

First, that we strive constantly to be, without exception, a welcoming, inclusive and discrimination-free community, where each person is respected and treated with dignity.  Second, to be steadfast in preserving academic freedom and individual liberty.

Such a statement of goals and governing principles is so widely shared as to be unexceptional. Yet it stands out in the current climate of weak-kneed appeasement to folks who insist that colleges and universities ensure that campuses provide "safe spaces."

Another examples comes from Jonathan Rauch of the Brookings Institution. A gay man who wrote one of the first book-length arguments in favor of gay marriage, Rauch is also the author of Kindly Inquisitors (1993), a powerful defense of free speech and intellectual freedom as the basis of any liberal, open society. Writing in the New York Daily News, Rauch argues:

Trigger warnings supposedly help students cope with (or avoid) exposure to upsetting ideas and images; their other purpose, I and many other free-speech advocates believe, is to chill the presentation of controversial material. Either way, they seek to make higher education emotionally safer by making it less intellectually dangerous….

It is only fair to warn students and their parents that higher education is not a Disney cruise. Tell them in advance so they can prepare. Not, however, with multiple trigger warnings festooning syllabi. One will suffice:

"Warning: Although this university values and encourages civil expression and respectful personal behavior, you may at any moment, and without further notice, encounter ideas, expressions and images that are mistaken, upsetting, dangerous, prejudiced, insulting or deeply offensive. We call this education."

Finally, the staff of the Claremont Independent, a student newspaper at Claremont McKenna College (CMC) is pushing back against an almost-unbelievable situation that led to the school's dean of students resigning. A Mexican-American student wrote an editorial in a campus publication that detailed the ways in which she felt her heritage was systematically devalued in contemporary America.

"Anywhere from the media to the Claremont Colleges," wrote Lisette Espinosa,

I am constantly receiving the message that we aren't worth anything….Maybe most of us have felt out of place at Claremont McKenna College for one reason or another, but my feelings of not belonging cut deep across economic and racial lines.

After reading the article, Mary Spellman, CMC's dean of students, wrote to Espinosa asking to talk with her about her experiences:

Would you be willing to talk with me sometime about these issues? They are important to me and the [Dean of Students] staff and we are working on how we can better serve students, especially those who don't fit our CMC mold.

I would love to talk with you more.

Spellman's use of the phrase those who don't fit our CMC mold offended two students so greatly they announced that they would go on hunger strikes until Spellman was dismissed or resigned her post.

Wrote one of the students, Taylor Lemmons:

I believe that Dean Spellman should resign as Dean of Students, due to her insensitive comments, her inaction in supporting marginalized students at Claremont McKenna College, and the fact that her actions, independent of any isolated incident, reflect her inability to truly understand the students at CMC….I will end my strike upon Dean Mary Spellman's resignation.

Suffice it to say that Spellman resigned so quickly that Lemmons didn't have to skip more than a meal or two. Lemmons may well have been the first person in history to gain weight on a hunger strike.

In a public letter titled "We Dissent," the Claremont Independent staff inveighed against Spellman's pathetic and immediate capitulation to a self-evidently ridiculous demand; CMC's president for cowardly silence; and the student government's president, who gave cover and shelter to the protesters' demands. But the Independent staff directed its most serious admonition to their fellow students:

We are ashamed of you for trying to end someone's career over a poorly worded email. This is not a political statement––this is a person's livelihood that you so carelessly sought to destroy. We are disappointed that you chose to scream and swear at your administrators. That is not how adults solve problems, and your behavior reflects poorly on all of us here in Claremont. This is not who we are and this is not how we conduct ourselves, but this is the image of us that has now reached the national stage….

Earlier this year, it seemd plausible to think that the high tide of political correctness might have crested. Liberal pundits such as Jonathan Chait were pushing back against stultifying speech codes in widely read and influential essays. Laura Kipnis, an impeccably liberal, feminist journalism professor, called attention to her Star Chamber hearings at Northwestern after writing an essay about her sex life. Bill Maher, the foul-mouthed and iconoclastic progressive comedian who rarely misses an opportunity to mock conservative Republicans and death-dealing jihadists, railed against Berkeley students who protested his appearance at that bastion of left-wing groupthink.

Clearly, the death of political correctness has been exaggerated, even though the past few weeks' protests have the ring of a flailing death rattle to them. Whether we are indeed seeing the final, desperate offenses mounted by a dying army or not, it's inspiring to see the nation's op-ed pages and especially its campuses filling up with people who are unabashedly and unapologetically defending free speech and intellectual discourse.