It won't stop a terrible budget deal, but it will send a message about spending that will eventually be heeded. 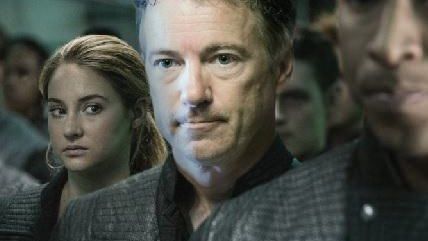 Forget about yesterday's GOP debate in Colorado, which was at best cold, condensed soup for the libertarian soul.

Later today, Sen. Rand Paul. the libertarianish presidential candidate from Kentucky, will filibuster the truly awful debt-limit deal currently wending its way through Congress like cancer through a large intestine.

"I will filibuster it, I'll delay it, I'll shout about it. I'm going to talk about it until I'm tired of talking about it and until people wake up and say this is wrong for the country," [Paul said]….

The House is poised Wednesday to approve a two-year government funding bill that raises the spending caps set in 2011 while avoiding a potential default on U.S. loans.

The Senate must approve the legislation before it heads to President Obama's desk.

The legislation's discretionary spending increase — by $112 billion over the 2016 and 2017 fiscal years — is drawing criticism from many Republican advocacy groups.

"I think raising the debt ceiling with no limit is absurd, wrong, a recipe for unlimited spending," Paul told The Hill following a campaign rally in Denver, a day before the third GOP presidential debate Wednesday night.

Over at Hot Air, Ed Morrissey does a quick count of Senate Republicans and counsels, "don't expect much from a filibuster, except one last opportunity to explain how this deal is a full retreat from one of the few victories won by Republicans during Barack Obama's presidency."

That much is true. Indeed, according to Politico, Paul may not even get a shot at a real, honest-to-Jimmy-Stewart-style filibuster due to Mitch McConnell's machinations.

Paul's speechifying, whether truncated or not, will almost certainly not keep the debt deal and busted budget from reaching President Obama's desk. But it's not simply an empty gesture to call attention to the inability of both parties from sticking to sequestration. Eventually, the message will get out that flattening or even reducing government spending year over year doesn't cause the catastrophes that foes of spending cuts routinely trot out like failed Irwin Allen productions.

Flashback to 2013: "3 Reasons We Need a Dirty Deal on the Debt Ceiling"