How America's incarceration system is like a distinct nation 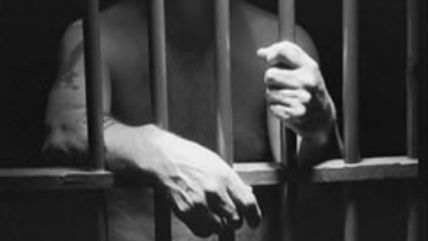 Mary Looman and John Carl's thesis is straightforward: The human population embroiled within America's criminal justice system is so large, the geographic space it occupies so vast, and the social processes it undergoes so distinctive, that it has produced a cultural heritage all its own. As such, the masses entering, occupying, and cycling out of America's prison system ought to be understood as if they were members of a distinct nation. Hence their book's title: A Country Called Prison.

Since the 1970s, America's total prison population—state and federal combined—has leaped from about 300,000 to more than 1.5 million. Yet physical walls and razor wire fences do not bound the country called prison. As Looman and Carl explain, "if all individuals who are currently under some form of government supervision—via parole, probation, prison and local jails—are included, that number explodes to more than 6.9 million," a population just below Bulgaria's. And the nation is even larger than that, since inmates' broader families and social networks are deeply shaped by incarceration's cultural effects.

Rather than deterring crime or administering justice, Looman and Carl argue, imprisonment exaggerates the social problems associated with poverty and crime. Thus the country called prison is a self-perpetuating entity.

To bolster these claims, the authors relate a large survey of theories drawing across the research fields of psychology (Looman's specialty), sociology (Carl's field), and criminal justice. Looman and Carl also share stories from their personal experiences with prison staff and inmates, making for an engaging and empathetic read.

Citizenship in prison nation, they suggest, most often begins in poor neighborhoods with underperforming schools, abusive households, and easy access to drugs and alcohol. Children in close proximity to the realities of incarceration are more likely to experience it firsthand, the authors continue, since they are often raised in conditions hostile to the learning processes necessary to peacefully and productively engage in society. The prison system as it currently operates does not improve upon or reverse this maladaptive socialization. Instead, Looman and Carl write, the toxic social patterns within prison walls undermine the behavioral learning people need to progress from dependent children into independent adults. Rather than learning how to peacefully associate with different types of people and get ahead in life, inmate social orders often reward the very same behaviors that lead to incarceration in the first place: aggression, deception, drug abuse, and theft.

Looman and Carl conclude by suggesting a variety of cultural and political strategies for reform. Their suggestions are sometimes dramatic, such as implementing a pervasive system of social work in lieu of contemporary punishments; but they argue if we are to stop the growth of a prison nation within a supposedly free country, we must radically reformulate how we as a society think about crime, punishment, and incarceration.

What should we think of this argument?

Looman and Carl's general suggestion, to consider the large swath of individuals affected by incarceration as a nation within our nation, is reasonable and compelling. As they repeatedly mention, this is a nearly-century-old insight first developed by the sociologists Donald Clemmer and Gresham Sykes (among others) in the early 20th century. Given the unique desires of prison populations and the extreme conditions of scarcity and uncertainty within penal spaces, inmates deploy unique strategies for survival and cooperation, and thus prison communities evolve distinctive social norms.

While Looman and Carl's references and summaries are welcome and accurate, they are also sophomoric compared to such recent texts as David Skarbek's The Social Order of the Underworld: How Prison Gangs Govern the American Penal System. Where Looman and Carl merely reference the social conditioning that takes place behind bars as a foray to recommend a social work model more oriented towards rehabilitating inmates, Skarbek offers a thorough explanation for the intricate networks of incentives and norms governing prison gangs. Inmates converged upon the organizational model of gang hierarchies, Skarbek argues, because they needed forms of governance that wardens and correctional officers were failing to provide amidst radical prison growth. It is hard to imagine that such large-scale, profitable, and violently enforced networks can easily be displaced or reshaped by the types of proposals suggested by Looman and Carl.

I agree with the authors' belief that prisons socialize inmates in ways that undermine their reintegration into free society. But the complexity of this problem renders the authors' strategies difficult to design effectively and unlikely to succeed. Their suggestions range from the apparently reasonable but unspecified to the pedantic and condescending.

I will address the latter first. Mass incarceration and its associated costs are not effectively reformed by designed cultural changes such as language policing. The authors' suggestion to use words like "resident" as opposed to "inmate" does nothing to resolve the real social problems of imprisonment. To suggest otherwise obfuscates the more meaningful challenges facing reformers. Listing such banal suggestions alongside more reasonable alternatives weakens their entire framework. The people suffering from the consequences of America's prison system deserve better.

As noted above, Looman and Carl would also like to see American criminal justice shift from a punishment model toward a comprehensive system of social work. Visitors to foreign lands often need support networks of guides, hosts, and translators to help navigate their new and unfamiliar territories. Crime-prone communities, they suggest, need better resources to help individuals avoid entering the country called prison; and emigrants from prison country need help renavigating life once released.

Yet Looman and Carl do not offer any estimates of the costs of such a pervasive system of social work and its necessary bureaucratic infrastructures. They repeatedly report that the American approach to prison is unnecessarily expensive, but they never seriously discuss how affordable the reforms they recommend would be.

For Looman and Carl, America's prison system is the way it is as a sheer matter of will: American opinion simply shifted from rehabilitative to retributive goals amidst higher crime rates and the war on drugs. They reiterate what many commentators have noticed, that incarceration has been leveraged as a means of social control in lieu of mental health resources ever since. But they pay almost no attention to the harsh history of rehabilitation. Before the prison boom, psychiatric institutions were arguably just as horrid and sometimes worse than today's prisons. Furthermore, many nations other than the U.S. similarly shifted from rehabilitation to more retributive models but without comparably sized incarceration rates, costs, or sociological effects.

What we need is a theory to explain why governmentally managed systems of institutionalization and punishment in the U.S. so frequently fail at their stated intentions. Why do public opinions and policy efforts continue to finance and staff these ineffectual programs? And why are these cycles of failure so pronounced in the American experience relative to other countries? Looman and Carl do not offer much detailed insight to these more specified inquiries.

Such leads to the foundational flaw of the theory within the text. Looman and Carl repeatedly declare that if "social systems are designed by people, they can be changed by people," as if saying it again and again will somehow make it more true. But many social systems—languages, cultures, economies, even public policy outcomes—are more often shaped by spontaneous processes of human action, not deliberate human design. In fact, the more complex a social process is, the more likely human designs are to err and impose unintended and undesirable consequences.

In short, Looman and Carl treat public policies as infinitely malleable without any significant constraints, and their strategies for change require a sort of blank slate from which their ideal vision may be constructed and re-constructed upon. In reality, public opinion and policy makers are more difficult to sway and manipulate, as individuals tend to act in accordance to their own interests confined by patterns of incentives set by organizational structures.

Herein lays a more interesting question than anything addressed in the book. Given the reasonable nature of Looman and Carl's initial observations, and given the intuitive moral appeal of rehabilitative intentions over the status quo, why have penal policies become what they are today? Why did the rehabilitative ideal give way to the status quo? I contend that our forms of governance are not poised to take the types of medicine Looman and Carl prescribe. Both theory and evidence suggest that incarceration is significantly shaped by the organizational features of political and legal institutions that are not necessarily on the table for reform amid traditional partisan elections. If some significant part of mass incarceration cannot be understood with reference to the conscious cultural intentions of our society, but instead stems from the organizational patterns of American democracy, it will never be noticed by the likes of Looman and Carl.