Is It Really 'Unclear' Whether a Background Check Would Have Stopped a Killer Who Passed One?

The New York Times thinks so. 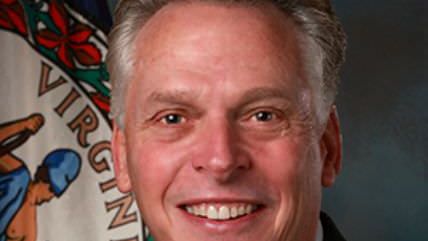 Virginia Gov. Terry McAuliffe has latched onto Wednesday's televised shooting in Roanoke as a reason to renew his push for "common-sense gun restrictions," by which he means laws limiting handgun purchases to one per month and requiring background checks for private gun sales. According to The New York Times, "It was unclear Thursday if the measures Mr. McAuliffe advocates would have kept the Roanoke suspect, Vester Lee Flanagan, from purchasing the Glock handgun he used to kill [Alison] Parker and [Adam] Ward." That is simply not true: McAulliffe's proposals plainly have nothing to do with the details of Flanagan's crime, so it it is quite clear they would not have prevented it.

As the Times notes, Flanagan bought his gun from a federally licensed firearms dealer in the Roanoke area. That means he underwent a background check. As news outlets were reporting Thursday morning, he passed because he did not have a disqualifying criminal or psychiatric record. So we know for a fact that a background check would not have stopped Flanagan, because it didn't. And since he used only the one pistol, the relevance of a one-gun-a-month limit on purchases is equally mysterious.

As is usually the case after highly publicized shootings, there is no logical connection between the crime and the policy proposals that are presented as a response to it. The reasoning seems to be that any crime involving guns justifies any legislation dealing with guns. The vacuity of that argument may help explain why such bills have failed more often than not in recent years. Disarming all "crazy people," as Parker's father proposes, may be impractical and unconstitutional, but at least it's not a non sequitur.