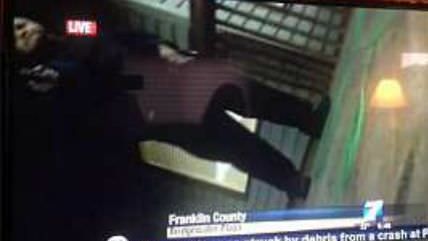 The New York Times editorial about yesterday's horrifying shooting in Roanoke, Virginia, is predictably lame, exhibiting the wishful thinking and vague prescriptions that characterize the anti-gun movement. "Easily available guns offer troubled Americans the power to act out their grievances in public," the Times observes. "The power to be seen killing innocents with one of the guns so easily obtained around the country proves irresistible as the ultimate outlet for an individual's frustration and rage." The paper complains that "guns are ubiquitous and easy to acquire," with an "estimated 300 million guns in America owned by a third of the population, far more per capita than any other modern nation." What is to be done? The Times does not say. "There are too many guns," the editorial concludes, "and too little national will to do anything about them."

If the problem is "too many guns," the solution presumably involves reducing the number of guns. Mass confiscation of firearms would require more than "national will." It would require ignoring the Constitution, including not just the Second Amendment but also the Fourth and the Fifth. Perhaps that is why the Times does not spell out the logical implications of its argument.

There are similar problems with making guns less "easily available." ABC News reports that Vester Lee Flanagan II, the man who murdered WDBJ reporter Alison Parker and cameraman Adam Ward on live TV, legally bought the Glock pistol he used at a Virginia gun store. "Despite Flanagan's workplace struggles and his employers' suggestion that he seek medical attention," ABC says, alluding to an employee assistance program referral, "he did not fail any of the benchmarks for purchasing a handgun." He had "no known criminal record," and he apparently was never committed to a mental hospital. An obvious response, recommended by Parker's grieving father, is to expand the criteria for stripping people of their Second Amendment rights. "I'm not going to let this issue drop," Andy Parker said during a Fox News interview last night. "We've got to do something about crazy people getting guns."

The problem is that, once you expand the definition of "crazy people" beyond the current standard of forcible psychiatric treatment, it's not clear where you stop. People who knew Flanagan during his stint at WDBJ, where he worked under the professional name Bryce Williams, described him as "unhappy," touchy, "volatile," paranoid, perenially disgruntled, and "difficult to work with." In retrospect, those traits look like clear warning signs, and they are in fact common among mass shooters. But they are also common, period, and people who exhibit them rarely become murderers.

"We can point to all the warning signs we missed," Northeastern University criminologist James Alan Fox, an expert on mass murder, told the Associated Press last year. "But they're yellow flags. They're not red flags until blood is spilled." Any law that tried to disarm people like Flanagan would inevitably disarm many innocent, harmless people.

What would the new criteria look like? Should everyone who is fired because he has trouble getting along with his coworkers lose his Second Amendment rights? What about people with a short fuse, people whose employers refer them for counseling, or people who make dubious allegations of racism or homophobia? Perhaps the net should be cast even wider, to cover anyone who has ever qualified for a psychiatric diagnosis (something like half the population, according to one estimate). When you think about the details, "stronger mental health screenings for prospective gun owners," as ABC describes Andy Parker's proposal, begin to look a lot like the mass disarmament that The New York Times would like to see. Neither is feasible or desirable.