Has Japan "Aged Out of Its Economic Miracle"?

Maybe, maybe not, but its immigration and economic policy are clearly to blame for much of its 25-year-long "Lost Decade." 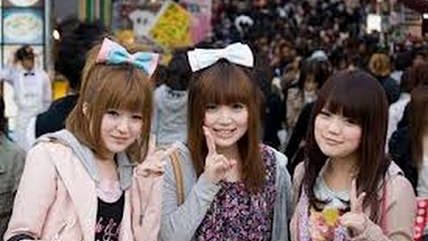 Via Instapundit comes a link to this interesting dilation on the former economic tiger known as Japan.

Writing at IEEE Spectrum, Vaclav Smil recaps Japan's post-war rise to global wealth and runs through that country's long decline, which has culminated in a "Lost Decade" of economic lassitude that is now entering its 25th year. Smil concludes:

In the long run the fortunes of nations are determined by population trends. Japan is not only the world's fastest-aging major economy (already every fourth person is older than 65, and by 2050 that share will be nearly 40 percent), its population is also declining. Today's 127 million will shrink to 97 million by 2050, and forecasts show shortages of the young labor force needed in construction and health care. Who will maintain Japan's extensive and admirably efficient transportation infrastructures? Who will take care of millions of old people? By 2050 people above the age of 80 will outnumber the children.

There's a lot to unpack here but let's begin by noting that age—and population—ain't nothing but a number. Seriously.

There are plenty of countries with younger-than-average populations that perform poorly and there are relatively elderly places where things are going just fine. A growing population often helps to increase the size and scope of economic activity but nothing is written in stone, either. We might also ask why Japan's population is declining and aging so rapidly, which is not the simply the predictable result of richer countries having fewer babies. Japan's notorious xenophobia and unwillingness to open its culture and economy—not to mention its citizenship—to newcomers play a leading role. Indeed, despite the open hostility to immigrants displayed by many of the GOP's presidential candidates, immigrants are the major driver of population growth for the U.S.

Which leads also to a related area of isolationism: Japan's political and economic institutions. Japan's economic went flat in the start of the 1990s, when the ink was still wet on all the books pronouncing its inherently superior production and managemet methods. Since then, the Japanese government has pursued a virtually uninterrupted policy of zombification of all sorts of market and financial businesses, with the predictable result that the economy can never touch bottom and push back up to the sky.

There is no question that Japan's population is aging and acting strangely in its dotage. I highly recommend Jonathan Last's What to Expect When No One's Expecting, which fully documents global declines in population and attendant battiness. For instance, he charts the decline of Ogama, Japan, whose eight remaining residents sold the village to a company that turned it into a landfill. Then there's the parasaito shinguru, or "parasite single." These are "college-educated, working women who live with their parents so they can spend more of their wages on clothes and other amenities." Such weirdness is not confined to Japan of course, but it's the richest country that is facing the starkest reversal in raw numbers and as such may well be the canary in the coal mine for the rest of the planet.

But is demography destiny? Please. Persistently stupid public policy, from restrictionist immigration policy to failed fiscal and monetary policy are far more operative in Japan's long, slow, sideways move to nowheresville. Which, it's worth pointing out, is still pretty great in terms of living standards.

Related: "Turning Japanese: Is the US Creating its Own Lost Decade?"