How "the people" work around bad prosecutors. 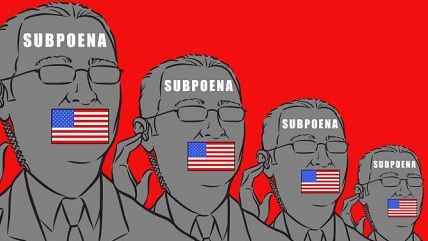 Instapundit Glenn Reynolds, who teaches law at University of Tennessee, is one lawyer who is into jury nullification. He writes in USA Today:

The power of juries to let guilty people go free in the name of justice is treated as suspect and called "jury nullification," the power of prosecutors to do the exact same thing is called "prosecutorial discretion," and is treated not as a bug, but as a feature in our justice system. But there's no obvious reason why one is better than the other. Yes, prosecutors are professionals — but they're also politicians, which means that their discretion may be employed politically. And they're repeat players in the justice system, which makes them targets for corruption in a way that juries — laypeople who come together for a single case — aren't.

However, as Reynolds points out

Nowadays, jury nullification is less important because, as I recently wrote in theColumbia Law Review, so few cases even go to a jury anymore. Instead, prosecutors draft massive "kitchen sink" indictments charging dozens or hundreds of crimes, then bludgeon defendants into accepting a plea bargain rather than risk a trial in which conviction on even a single count out of hundreds of charges could be disastrous. A different kind of jury — the grand jury — is supposed to discipline prosecutors on indictments, but in practice, they've turned into rubber stamps for the most part.

Related: That time a federal grand jury requested information about commenters at Reason.com.