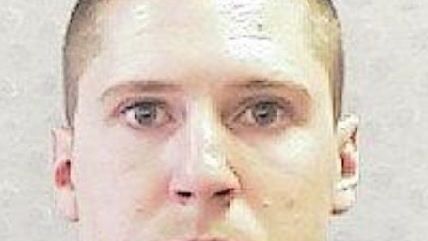 Although former University of Cincinnati police officer Ray Tensing faces murder charges for shooting and killing Samuel DuBose as the man tried to drive away from a traffic stop over a missing front license plate, Tensing believes he ought to have his job—which provided him with a firearm and the authority to use deadly force—back. The Fraternal Order of Police, which represents University of Cincinnati police officers, is filing a grievance on Tensing's behalf.

"We filed the grievance, No. 1 because there was no just cause, and No. 2 because he was not afforded his due process rights under the contract," Fehr said.

The union is correct that an indictment is not a conviction, but the implicit claim that only a criminal conviction can justify the firing of a cop for criminal behavior is a dangerous one. This attitude, expressed by police unions and police officers around the country, contributes to the urgency of the calls to prosecute, and convict, cops after they're involved in questionable shootings.

Of course police officers, like all people, deserve due process and the presumption of innocence when they are prosecuted and processed through the criminal justice system. That is a constitutional standard, but it's not a standard that ought to apply for the mere termination of a police officer's employment contract.

Police unions specifically, and public unions in general, however, have been largely successful in applying the same high standard of proof the government is required to produce in order to deprive someone of their liberty to the administrative process of termination. This has made it more difficult to fire police officers involved in misconduct, as these cops are not always brought before the criminal justice system.

As I explained last summer after the killing of Michael Brown propelled police violence into the national news cycle, police unions produce rules that protect bad actors, like Ray Tensing, because that is what the union is there for. While many Democratic candidate are turning to the issue of criminal justice and police reform to shore up support among the base, none has addressed the importance of tackling police unions and their rules. In June, a former attorney from the Department of Justice's Civil Rights Division made the same points about police unions in an op-ed for The New York Times.

Many of the protesters and others who have begun to pay attention to the issue of police violence in the last year, unfortunately, have not focused on the role of police unions. Many have focused almost exclusively on the racist and racialist aspects of police violence, based on the disproportionate numbers of black people, armed and unarmed, being shot by cops. But if police union rules protect a cop who has killed someone from losing his job, those rules will also protect them from being fired over being racists. And it's a lot easier for a police officer to claim he doesn't hold incorrect attitudes or beliefs than it is for a police officer who has shot and killed someone to claim that he didn't shoot and kill someone. In that way, where the focus on racism in policing is exclusive it provides a useful distraction from the impunity with which police officers can kill people of all races and genders and continue to be employed by the government  to roam the streets armed.