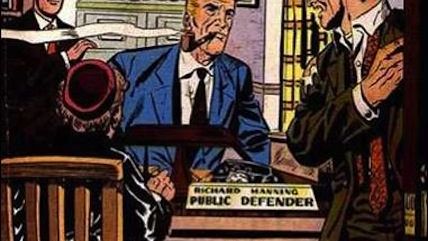 Every day, in public defender offices around the country, thousands of criminal lawyers step outside of their constitutional mandate. They find drug treatment programs and jobs for their clients. They intervene with landlords and child welfare services. They worry about whether their clients have transportation, or appropriate clothing for an interview. In sum, they provide a wide array of social services and legal aid that make them look less like the traditional defense attorneys contemplated by Gideon v. Wainwright and more like social workers.

At the same time, in schools, welfare offices, and public hospitals, civil servants are also operating outside their traditional job descriptions. Teachers are calling the police and sending students to probation offices. Welfare case managers monitor their clients for fraud and refer them to prosecutors. Emergency rooms are providing opportunities to catch and arrest people with open warrants. In other words, these institutions of the welfare state are engaged in a wide array of criminal functions that make them look less like service providers and more like law enforcement officers.

These two phenomena are the flip sides of the same coin. Public defenders and other criminal justice actors are morphing into service providers in response to the tight connection between criminalization and their clients' poverty, the same connection that drives teachers and welfare caseworkers to treat their poor clients as presumptive criminals.

That's the opening to "Gideon's Servants and the Criminalization of Poverty," a recent paper by Alexandra Natapoff of Loyola Law School. I could pick a number of nits with it, but it's a good guide to a development that defies a lot of conventional rhetoric about the roles played by the state.

(Note: Natapoff relies on Alice Goffman's recent book On the Run for her comment about emergency rooms and open warrants, and Goffman's claim on that count is controversial. See J.D. Tuccille's post here and Jesse Singal's article here for more on that debate.)