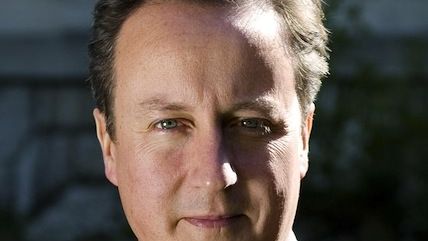 This week British PM David Cameron outlined his plans to "defeat extremism and at the same time build a stronger, more cohesive society." While parts of his proposals are fine—I can't object to, say, making it easier to come forward with information about forced marriages—a great deal more of his speech is deeply creepy. For example:

[A] key part of our strategy must be to tackle both parts of the creed—the non-violent and violent.

This means confronting groups and organisations that may not advocate violence—but which do promote other parts of the extremist narrative.

We've got to show that if you say "yes I condemn terror—but the Kuffar are inferior," or "violence in London isn't justified, but suicide bombs in Israel are a different matter"—then you too are part of the problem….We must demand that people also condemn the wild conspiracy theories, the anti-Semitism, and the sectarianism too. Being tough on this is entirely keeping with our values. We should challenge every part of the hateful ideology spread by neo-Nazis—so why shouldn't we here?…

We need to put out of action the key extremist influencers who are careful to operate just inside the law, but who clearly detest British society and everything we stand for. These people aren't just extremists. There are despicable far right groups too. And what links them all is their aim to groom young people and brainwash their minds.

And again let's be clear who benefits most from us being tough on these non-violent extremists—it's Muslim families living in fear that their children could be radicalised and run off to Syria, and communities worried about some poisonous far right extremists who are planning to attack your mosque.

So as part of our Extremism Bill, we are going to introduce new narrowly targeted powers to enable us to deal with these facilitators and cult leaders, and stop them peddling their hatred. And we will also work to strengthen [the Office of Communications]'s role to enable us to take action against foreign channels that broadcast hate preachers and extremist content.

When Wesley Clark called the other day for interning people who have been "radicalized," it was at least possible to dismiss his remarks as the screwy ramblings of a man no longer in a position of authority. But Cameron is the head of the British government, and here he is frankly talking about clamping down on nonviolent speech, even to the point of damning people who "operate just inside the law." And he's doing it with some pretty intense countersubversive rhetoric: When you throw around phrases like "groom young people and brainwash their minds," you're treating terrorist recruits as though they're robots controlled by a pulp villain, not individuals making decisions of their own. (Cameron gets bonus irony points for doing this almost immediately after he condemned conspiracy theories.)

But when the prime minister proposes such plans, he's just following the logic of an influential school of thought: the belief the government should combat terrorism by trying to put the brakes on "radicalization." Never mind that actual empirical investigations of how people become terrorists undermines this notion of a neat path from ideas to violence. (It turns out, as common sense would suggest, that nonviolent radicalism can pull people away from violence as well as towards it.) The counterradicalization crowd is convinced—in the words of Daryl Johnson, best known for writing Homeland Security's infamous 2009 report on the radical right—that "Extremist ideology can be described as 'a poison' absorbed into a person's mind." And if that's the way you see the world, it's only a matter of time before someone decides it's time to call poison control.