Here's How Regulators Create Problems, Not Solve Them

Government means never having to say you're sorry 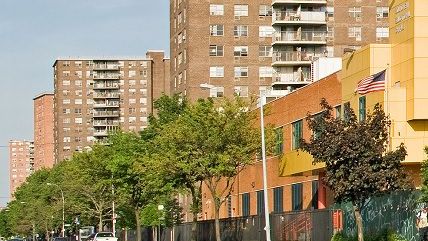 That's not quite how Housing and Urban Development Secretary Julian Castro put it, but it's also not far from the truth. The new program — a fresh set of rules, essentially — aims to reduce segregation in the U.S. housing market. But that segregation was created and enforced by a long chain of local, state and federal rules and programs. These included:

(1) Explicitly racist zoning ordinances from Norfolk to San Francisco. (Richmond's, for instance, made it illegal to sell a house on a majority-white block to a black person, or vice versa.)

(3) The requirement, by the Federal Housing Authority, that new housing developments such as Levittown include restrictive racial covenants.

(4) The creation of Chinatowns through racially restrictive statutes, such as alien land laws forbidding Chinese immigrants to own property and other laws barring them from many occupations.

The effects of such policies lingered long after they were repealed. They were not exclusively to blame for segregated housing patterns, to be sure; history is never quite that neat. But it's hard to argue with the conclusion that neighborhoods would be more integrated today if they hadn't been segregated by law in the past.

This isn't the only area where public policy stepped on a rake.

"For years, the federal government has advised Americans they are eating too much salt," The Washington Post reported in April. "But … this longstanding warning has come under assault by scientists who say that typical American salt consumption is without risk. Moreover, according to studies published in recent years by pillars of the medical community, the low levels of salt recommended by the government might actually be dangerous."

Granted, medical authorities are still hotly debating the issue. In fact, they have been hotly debating the issue for decades. But that never stopped federal authorities from acting as if it were settled beyond doubt. Ever since the U.S. government has been issuing dietary guidelines, it has been telling Americans to eat less salt — "despite the uncertainty" that such a recommendation was warranted.

And hey, guess what? The Dietary Guidelines Advisory Committee, which produces those dietary guidelines for 300 million people, has changed its mind about cholesterol. After four decades of telling Americans cholesterol is about as good for you as rat poison, the body now says it no longer is a "nutrient of concern."

True, there's been dispute in the scientific community over this as well. But that didn't stop Uncle Sam from pretending otherwise. "Even as contrary evidence has emerged over the years," reports The Post, "the campaign against dietary cholesterol has continued. In 1994, food-makers were required to report cholesterol values on the nutrition label. In 2010, with the publication of the most recent 'Dietary Guidelines,' the experts again focused on the problem of 'excess dietary cholesterol.' Yet many have viewed the evidence against cholesterol as weak, at best."

Dietary recommendations about fat also have shifted. For a couple of decades, the federal government urged Americans to shun fat and shovel carbohydrates into their cake-holes instead. That advice, too, has proven egregiously off base.

So: Has all of this led to a renewed humility — a certain sense of human fallibility and the consequent danger of imposing Procrustean policies from on high — among those who tend to think they know what's best for others? Ha ha! Of course it hasn't. Just as those hawks who argued strenuously for an Iraq War that helped create the conditions for ISIS to flourish now want more military intervention to stop ISIS, the progressive movement that helped usher in racial zoning codes now thinks it has the answer to racially segregated housing patterns. The idea that perhaps public policy should simply not meddle in certain areas to begin with apparently never crossed their minds.

The federal government has not dropped dietary guidelines. To the contrary, it has simply changed them, along with banning trans fats and casting a gimlet eye on refined sugar: It might be wise to "limit or remove sugar-sweetened beverages and place limits on sweets and desserts," the Dietary Guidelines Advisory Committee now says in its most recent report. Of course.

San Francisco supervisors recently approved warning labels for sugary drinks; New York Mayor Bill de Blasio wants chain restaurants to post warnings about salt content. The 33 existing federal housing programs have not erased segregation from housing patterns, but the Obama administration is pretty sure No. 34 will do the trick. Say this much for those who think the American people are chronically undermanaged by their betters: They are often wrong, but never in doubt.

This article originally appeared in the Richmond Times-Dispatch