Why is the Democratic presidential candidate targeting the "gig economy" characterized by Uber? 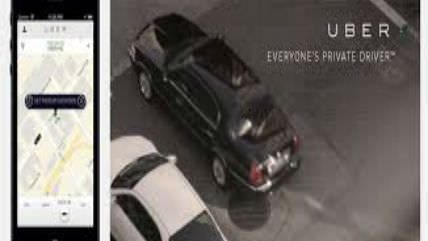 Hillary Clinton this morning at a speech in Manhattan's New School laid out what's hyped as the heart of her economic message.

One aspect cemented her efforts to brand the Democratic Party she is apparently the inevitable leader of as the party of reaction, regression, and making the world harder on everyone in the defense of entrenched interests—all hidden under a thin veneer of "helping out the little guy at the expense of the big guy."

alluded to companies like Uber, saying she'd crack down on businesses that classify their workers as independent contractors in order to avoid providing benefits.

"This 'on demand' or so-called 'gig economy' is creating exciting opportunities and unleashing innovation but it's also raising hard questions about workplace protections and what a good job will look like in the future," she said.

In this she is echoing the complaints of American union leaders.

I wrote a big feature for Reason's November 2014 issue about government efforts to restrict or stymie app-driven ride hiring services such as Uber and Lyft. In reporting it I talked to many drivers directly and read the online discussions and kvetching of many, many others.

Almost universally one of the big selling points of being a driver is the flexibility of the relationship between driver and app company; that you can work largely when you want without having to follow a set and largely unyielding schedule imposed on you from above. That's very much unlike standard full-time employment which, with some caveats, locks you into working a set number of hours in set blocks all the way down the line.

As Flint, Michigan, Uber driver Hunter Lawrence (she also has a chauffeur's license and has been a driver-for-hire pre-Uber) told me today in a written interview, she's been happy enough with the steady 80 percent cut of fares she's gotten, and is against the idea of becoming a "real employee."

Why? "Being a contractor allows me the freedom to make my own schedule, wear my own "uniform", drive my own high-end vehicle, get multiple tax write offs, and so much more. I drive with Uber and Lyft full time because I am a contractor. If this changes, I will leave them immediately."

She certainly doesn't feel like Uber treats her like an employee: "For the most part the company doesn't care when or how often I work, as long as I complete at least one ride per two weeks. If I don't, my account is suspended. This can be avoided by contacting them and telling them that I'm on "vacation", though."

Some people who apparently didn't really understand what they were getting into, or were just professional troublemakers or provocateurs, have sued to claim they ought to be classified as employees and managed like them, not be independent contractors, trying to do Hillary's work for her in the courts.

Uber has reacted to that lawsuit, and as The Hill reported last week:

Uber also said the three plaintiffs did not represent the majority of drivers, who the company said appreciated working as contractors.

"Plaintiffs, three individual drivers, seek an outcome that many, if not most, proposed class members oppose — a classwide determination that would destroy the very independence and flexibility that countless drivers love about Uber," the company said in its filing with the court.

To bolster its case, Uber submitted declarations made by more than 400 drivers who support their contractor status.

"I extremely value the flexibility that Uber gives me because for the last 30 years I've worked independently," said Larry Adams, who drives in the San Francisco Bay Area. "I worked briefly on an employee basis and I didn't like the control the employer had over me."

The company also submitted to the court testimony from a University of California, Berkeley, economist Justin McCrary — who examined the declarations made by the drivers.

"Each driver's relationship with Uber is unique," he wrote. "This is not unexpected; indeed, I am not aware of any evidence that Uber exercises control uniformly, reserves the right of control uniformly, or has any uniform policy describing control over the physical conduct of drivers' work."

Clinton and the Democrats need to realize that these services are generating at least half a billion in income for the over 160,000 Americans who choose to be drivers, as well as adding unquantifiable but huge improvements in the quality of life of the services' customers. Research shows that about a quarter have Uber as their sole source of income, and only 8 percent were unemployed entirely before starting with Uber.

Because of the manifold advantages to drivers and customers, they are quite popular with a class of urban professionals the Democrats should not go out of their way to alienate.

While I am not a programmer and cannot speak authoritatively to the technological possiblities, if a more decentralized and peer-to-peer system of connected peer-rated service providers and customers with rides (or anything else) is possible, one that merely skims something more like micropayments (or perhaps even just a one-time app purchase or membership fee) rather than a hefty 20 percent of the payments, it will eventually drive your Ubers and Lyfts off the stage as they will, if allowed to, drive the traditional regulated taxi model off the stage.

It's a radically uncertain world for everyone but consumers out there, and no one can consider market control or profits a given minus political clout. But we are all consumers, and progress toward getting human needs met easier and cheaper is a good thing, even if Clinton doesn't quite grok that and thinks her would-be voters don't either.

But "cheaper" will often mean that profits that used to be readily available to concentrated interests (whether "big corporate" or individual provider) won't be available anymore. For Hillary and the Democrats to fight on the side of those concentrated interests is as pure an example of being on the "wrong side of history" and progress as one could imagine.

Everything about techno-modernity is moving toward things being cheaper and more widely and easily available to consumers, as long as people like Hillary Clinton don't stand in the way.

Hillary's anti-"gig economy" stance is alas probably going to be a decent selling point for her for some, especially for the vast majority who don't work such jobs, relying on a basic "let's help the little guy" desire to make corporations give more and the ol' working (wo)man to get more.

But that basic motivation can led to all sort of mischief and lost opportunities for would-be workers and frustrated customers.

Reason TV on the sharing economy and its political fights: