Why I Threw a Sex Offender Brunch

Not everyone on the registry is a predator to be feared.

Lenore Skenazy | From the July 2015 issue 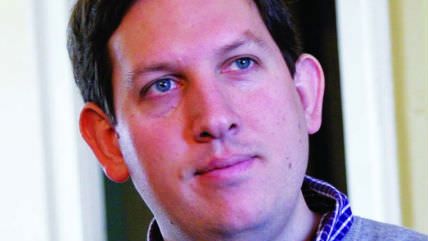 Sunday morning found me slicing the tomatoes and arranging a cheese platter as my husband set up chairs. At 11 a.m., the doorbell rang. And so began my very first sex offender brunch.

Ever since I started writing the book Free-Range Kids, I have been trying to figure out, as the subtitle says, "How to raise safe, self-reliant children without going nuts with worry." One thing not making kids safer, I learned, is the public sex offender registry. Study after study keeps showing two things. First, that most kids are hurt by people they know, not the strangers a registry might expose. Second, that there's been no difference in the number of sex offense arrests before and after implementing the public sex offender registry.

Worse yet, the registry is cluttered with people who don't actually pose a threat to children: including teens who had sex with other teens, people who urinated in public, men who visited prostitutes, and so on. In 2008, for instance, the Georgia Sexual Offender Registration Review Board revealed that of the 17,000 people on the state's registry, just over 100 were "predators" with a compulsion to re-offend. But when you hear the phrase "17,000 sex offenders," you're ready to Rapunzel your kids. The list is scaring the daylights out of parents.

Which brings me to my brunch. I made carrot cake and fruit salad, and invited my friends in the press to meet my friends on the sex offender registry: Josh Gravens, 28, and Galen Baughman, 31.

When Josh was 12, he played doctor with his sister. His sister told their mom, their mom called a counseling center to ask what to do, the counselor was a "mandated reporter," and Josh ended up in juvenile prison for three and a half years. His "therapy" there included such sickening requirements as acting out sex acts for the therapist. Ever since he got out, he has been on the registry, even though his sister forgave him long ago.

And Galen? When he was a 19-year-old opera student, he met a young man, 14, at a friend's family party. They started emailing. When the 14-year-old's mom discovered her son was writing to a gay teen, she took his computer to the local district attorney, who gave it to a cop.

He went to prison for nine years, including two and a half years after he completed his sentence. Those were spent in solitary confinement awaiting a trial to determine whether he was a "sexually violent predator." If so, he could have been kept locked up indefinitely, a process called "civil commitment."

He is the only person in Virginia to win a jury trial under Virginia's Civil Commitment of Sexually Violent Predators Act. Nearly 400 others, mostly sex offenders, are still civilly committed, which nearly always means a life sentence for people who already completed their time.

Josh and Galen told their stories to my reporter friends as we all ate our brunch. Then everyone went their separate ways, filled with a new skepticism about just whom we label a "sex offender." Some of those dots on the map are people you'd probably have a good time eating carrot cake with.