The Case for Religious Liberty

The case of Iknoor Singh highlights the importance of protecting religious freedom. 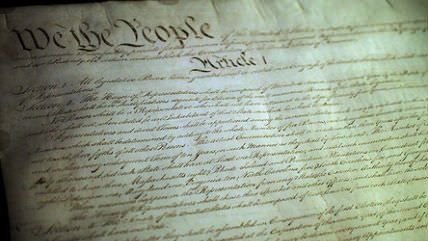 In Heller's tale, Catch-22 refers to a set of rules that exempt those who are insane from flying combat missions. But since any sane person wishes to avoid combat, those who feign insanity to get out of it cannot be insane: "If (Orr) flew them, he was crazy and didn't have to; but if he didn't want to, he was sane and had to."

The real-world equivalent of Orr is Iknoor Singh, a student at Hofstra and a devoted Sikh. In addition to English he speaks Urdu, Hindi and Punjabi, and wanted to join the school's ROTC program, in hopes of one day becoming a military intelligence officer.

Enter the Army's regulations on grooming, which prohibit Singh's long hair, beard, and turban. Rather than ditch those emblems of his faith so he could join, Singh sought an exemption to the rules. He was refused. So he sued, claiming his rights under the federal Religious Freedom Restoration Act had been violated. A few days ago U.S. District Judge Amy Berman Jackson ruled in his favor.

Jackson noted that the Army has granted religious exemptions to other Sikhs, who have served with distinction. It also has granted exemptions to men who need to grow beards for medical reasons, and it has granted hundreds of thousands of exemptions for otherwise prohibited tattoos.

As Judge Jackson wryly noted in her opinion, "In other words, the Army took the position that it was unable to consider (Singh's) request for a religious accommodation that would enable him to enroll in ROTC because (he) was not yet enrolled in ROTC."

Exactly. To be eligible for an exemption, Singh would have to dispose of his articles of religion—which would make him ineligible for a religious exemption.

This would be little more than an amusing (except for Singh) tale except for one thing. Several times in her ruling in support of Singh, Jackson relies on the Supreme Court's decision in Hobby Lobby. What's more, Singh was supported by the Becket Fund for Religious Liberty—which also fought on behalf of Hobby Lobby and is currently fighting a similar battle to help Little Sisters of the Poor avoid the contraceptive mandate as well.

In the Hobby Lobby case, the High Court said the Religious Freedom Restoration Act (RFRA) inoculated the craft-store chain's owners from having to provide contraception coverage, as required by regulations promulgated under Obamacare. In Singh's case, as in Hobby Lobby's, the government had to show its requirement served a compelling interest, and that it did so in the least restrictive way possible.

No one disputes the Army's regulations serve a compelling interest. As McConville explained at great length, "uniformity is central to the development of a bonded and effective fighting force." It is the "primary means by which we convert individuals into members of the Army." It "promotes cohesive bonds by instilling a common identity," shows "a willingness to submit (one's) individuality to the larger organization" as well as to "inhibit personal desires and impulses that may be antithetical to mission accomplishment." Also, it provides "a readily available means of instilling the practice of inspection and compliance" and a means "to assess a Soldier's competency and attention to detail." Such things are necessary to field a professional military capable of executing the federal government's most basic purpose: defending the nation.

But that still wasn't good enough, Jackson concluded. Because even though the Army's rules are rules of "general applicability," they need not obtain in Singh's specific instance—particularly given the many other exceptions, religious and otherwise, the military has made over the years.

What the Army was doing, she explained, was imposing a substantial burden on Singh as the price of his religious fidelity. A substantial burden exists when government puts "pressure on an adherent to modify his behavior and to violate his beliefs."

That is what Obamacare did to the owners of Hobby Lobby. And what others, including courts, have done in cases when various service providers—such as photographers and bakers—have declined to help facilitate gay weddings. Because RFRA applies only to federal action, and not the states, many states have considered their own religious-freedom measures. Nineteen states already have measures equivalent to RFRA, but those introduced more recently have elicited great fury because they are such obvious reactions to the growing acceptance of gay marriage. The other day North Carolina lawmakers overruled Gov. Pat McCrory's veto and enacted a measure that lets state magistrates decline to perform a marriage if they have sincere religious objections.

One response to the religious objections of devout Christians has been breezy dismissal: If you don't want to photograph gay weddings, then you shouldn't become a photographer. Don't want to pay for contraceptive coverage? Don't become an employer.

Arguments like that force people into an untenable choice: Give up your religion, or give up your vocation (which, along with faith and background, is one of the principal ways people define themselves). By the same token, the Army essentially said the same to Iknoor Singh: You can have your faith or you can have an ROTC commission, but not both. Take your pick.

Society also could impose a similar choice on, say, doctors who object to lecturing abortion-seeking women about fetal development. Last year the Richmond-based Fourth Circuit Court of Appeals struck down a North Carolina (again!) law requiring physicians to do just that while showing the women sonograms of their unborn children.

Commendably, Judge J. Harvie Wilkinson and his colleagues ruled that such compelled speech violates a doctor's rights under the First Amendment. But they could have offered the take-it-or-leave-it rejoinder: Don't like narrating ultrasounds? Don't become a doctor.

Individual rights—whether to religious freedom or to freedom of speech—deserve more dignity and decency than that. Weighed against compelling governmental interests, they still might sometimes lose. But at the very least, freedom deserves a respectful hearing for all who seek it.