This Counts as a Microaggression: "America is the Land of Opportunity"

So does "WTF ever happened to the University of California system?" 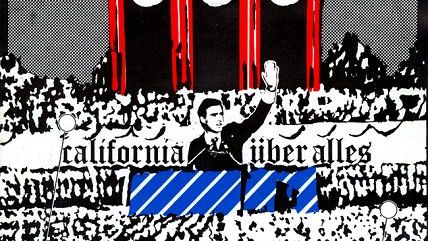 Over at Fox News' site, Maxim Lott reports on a new faculty training guide for faculty and staff at the University of California, the 200,000-student system that ranks as one of the nation's largest higher-education groups.

The following phrases, say the guide, constitute "microaggressions," or common statements often meant as compliments that can leave alienated individuals feeling discriminated against. Here are some examples:

When the phrase "America is he land of opportunity" is considered a form of racist, sexist, or classist speech, the wheels really have come off.

Lott got the following response from the UC muckety-mucks:

"Given the diverse backgrounds of our students, faculty and staff, UC offered these seminars to make people aware of how their words or actions may be interpreted when used in certain contexts. Deans and department heads were invited, but not required, to attend the seminars," University of California Office of the President spokeswoman Shelly Meron told FoxNews.com.

And watch this Reason TV video, "Trigger Warnings, Campus Speech, and the Right Not to be Offended," which documents how activists as UC-Santa Barbara pushed for onerous restrictions on the very sort of conversations and material that was once presumed to make up the college experience.