The only winner ultimately might be Hillary: Republicans and Latinos will both lose 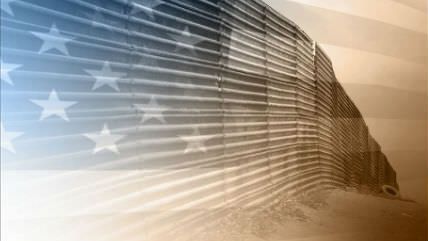 Court refusing to remove the block on President Obama's executive action. The action, which would defer deportation proceedings against 5 million undocumented aliens who have deep community ties and have committed no crimes, was challenged on procedural grounds by 25 state attorney generals. (Please, spare me the bromides about how being in the country "illegally" in violation of a sham rule of law is a crime.) These states argued that because Obama bypassed Congress in creating this action, they did not get proper administrative notice to implement this policy. One 5th Circuit judge bought the claim and stayed the executive action and a three-judge panel has now refused to overrule his decision.

At issue was Obama's proposed extension of the Deferred Action for Childhood Arrivals program, or DACA, created in 2012, and the new Deferred Action for Parents of Americans and Legal Permanent Residents, or DAPA, which was scheduled to start in May.

U.S. District Judge Andrew S. Hanen, sitting in Brownsville, Texas, had granted the stay in response to the suit filed by the 26 states.

Appearing on behalf of the federal government before the panel in New Orleans, Benjamin C. Mizer, acting assistant U.S. attorney general for the Justice Department's Civil Division and a former Ohio solicitor general, failed to persuade them that states lacked standing to challenge the federal programs.

None of this was surprising, notes Joshua Breisblatt of the National Immigration Forum. "Overturning an injunction on an emergency basis as the DOJ asked for was a very high burden to meet and not many people expected that to happen," he maintains.

Still, this is undoubtedly a set back for the administration, which could ask the 5th Circuit for an en banc ruling. But that would likely go against it for the same reason that the three-judge ruling did: The administration has to meet a very high bar before a court that is sympathetic neither to it or the issue. It could go directly to the Supreme Court to get it to lift the stay, but there is no guarantee that the Supremeos would agree to hear the case. So it's unclear what its next steps will be.

But the important thing to remember is that none of this says anything one way or another about the constitutionality of the executive action itself (which, as I've argued before, is constitutional.)

It will take a while before the courts offer a final verdict on that question. But the problem for the administration —and the immigrants caught in the legal wrangling – is that time is running out. The president has only another year and a half in office and even if he finally wins in court, it might not leave him enough time to implement the program — which would make it a lot easier for a Republican president to undo it.

And that's why Latinos will come out in droves to vote for Hillary Clinton, which is why she has engaged in her epic flip-flop and decided that she is whole-heartedly for amnesty after being whole-heartedly against it.

In other words, even if restrictionists win the battle by running out the clock on the executive action, they might lose the war for the White House. Meanwhile, the fate of millions of Latinos will hang in the balance simply because they had the misfortune of being born on the wrong side of the border – unlike the Americans whose McMansions they build, lawns they mow and children they raise.

There are few issues that brings out the craven cynicism of Democrats and sheer stupidity of Republicans quite the way immigration does.