It'll prove the nemesis of Republicans if EmailGate doesn't derail her 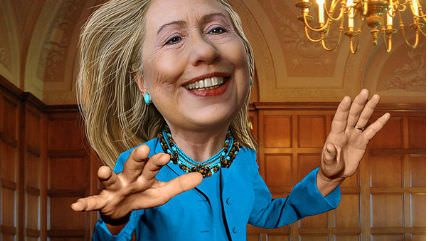 Hillary Clinton might be ethically challenged, but she's politically gifted. And there is no better proof of that than her

breathtaking amnesty flip-flop even in the midst of EmailGate. She is whole-heartedly for amnesty after being whole-heartedly against it. Not just that, she used to even oppose drivers' licenses for undocumented aliens who, she once said, she was "adamantly" opposed to. Now, however, she says, anything less than full citizenship is unacceptable because it'll relegate illegals to "second class status."

If she had made only a timid switch — been a mere triangulator like her husband on the issue — she would have raised a million questions about her credibility. But the boldness of her move is forcing everyone to ponder the place where she has landed rather than from the spot where she started.

However, that's not even the most brilliant part of her gambit, I note in my column at The Week. Its true genius is that it'll put Republicans in an electoral bind that they'll have a hard time extricating themselves from. "It's heads she wins and tails they lose, regardless of what they do."

Go here to find out how.