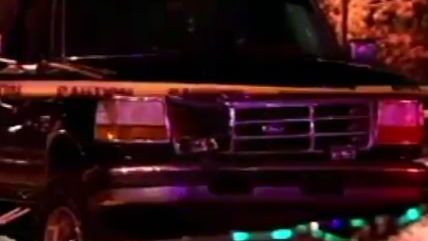 Today a pot smoker received a six-month jail sentence, followed by five years of probation, in a case that seems to illustrate the injustice caused by Washington state's new definition of stoned driving. Scotty Rowles was driving his 1995 Ford pickup truck on East Mill Plain Boulevard in Vancouver around 6 p.m. on December 17, 2012, when Donald Collins stepped from the median into the street in front of him. According to KPTV, the Fox station in Portland, Oregon, "Investigators said Collins was close to two different lit and controlled intersections, but stepped out in the middle of traffic to try and cross the road." On the face of it, Collins' death was not Rowles' fault. But a police officer smelled marijuana on Rowles, who admitted that he had smoked "a little bowl" one or two hours earlier. He was charged with vehicular homicide.

Prosecutors dropped that charge after concluding that there was insufficient evidence to support it. But they changed their minds after a blood test put Rowles' THC level at 7.2 nanograms per milliliter, 2.2 nanograms above Washington's new cutoff for driving under the influence of marijuana. Because of that rule, which was included in the marijuana legalization intitiative that voters approved a month before the accident, Rowles was guilty of DUI even if he was not actually impaired. Since THC is absorbed by fatty tissue, regular cannabis consumers may test above five nanograms all the time, meaning they can never legally drive, whether or not their performance is affected. Knowing he would be convicted of DUI automatically, Rowles pleaded guilty to that charge rather than risk a trial for vehicular homicide.

Although news reports described this accident as the first marijuana-related traffic fatality in Washington after voters approved legalization, it's not clear that marijuana had anything to do with it. KPTV says Rowles "failed field sobriety tests," but that does necessarily mean he was impaired. Aaron Pelley, a Seattle defense attorney who specializes in DUI cases, says these tests are "essentially designed for people to fail." (More on that here and here.) KATU, the ABC station in Portland, reported that one of Rowles' relatives told police "he was not impaired when he got behind the wheel." Admittedly, that is not a neutral source, but neither is a cop responding to a fatal accident who smells marijuana on someone's breath and then has to assess his performance on field sobriety tests.

"It's just a tragic accident," Rowles told Collins' family at today's sentencing, "and what hurts the most is that I did slam on the brakes. I couldn't stop in time to miss your loved one." The judge himself conceded that Rowles may have been fine to drive. "If you had not partaken in the marijuana, pot, and driven, would the outcome have been different?" he said. "It may not have been. It may have been. We'll never know for certain."

According to police, KPTV reported last year, the circumstances of Collins' death "would clearly put him at fault." But under Washington's new per se standard, Rowles is "is technically at fault." Does that sound like justice to you?