The bill, which could be signed by the governor soon, requires "prescriptions" instead of "recommendations." 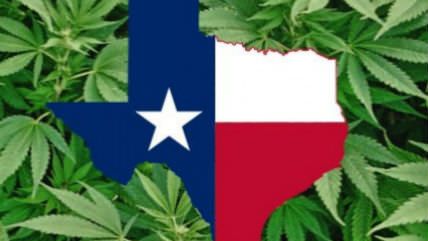 Today the Texas House of Representatives gave preliminary approval to a bill aimed at making low-THC, high-CBD cannabis oil available to patients with drug-resistant epilepsy. The bill was approved by the Texas Senate on May 7, so after one more vote in the House it will head to Gov. Gregg Abbott for his signature. Unfortunately, as the Marijuana Policy Project's Heather Fazio points out, it looks like "not a single patient will be helped by this legislation."

That's because S.B. 339, which was introduced by Sen. Kevin Eltife (R-Tyler), requires doctors to "prescribe" cannabis, which is forbidden by federal law, since the plant has not been approved as a medicine by the Food and Drug Administration. Other states with medical marijuana laws refer instead to patients whose doctors "recommend" cannabis, which does not run afoul of federal law and, according to a 9th Circuit decision that the Supreme Court declined to review, is protected as an exercise of physicians' First Amendment rights.

"Lawmakers missed several opportunities to amend the bill in ways that could have provided real relief to countless Texans," Fazio says. "We need a law that ensures seriously ill patients who could benefit from medical marijuana are able to access it." Unlike other states that have notionally legalized low-THC cannabis extracts, S.B. 339 envisions a state-licensed system in which nonprofit organizations would produce the medicine. But the language referring to marijuana prescriptions seems like a significant oversight, since it means doctors who participate in the system risk losing their prescribing privileges under the Controlled Substances Act.

"On a certain level, the legislature should be commended for acknowledging the medical value of marijuana, and it is an historic vote in that sense," Fazio says. "Nearly half of the states in the country have effectively implemented medical marijuana programs, and I have no doubt Texas could adopt an even better one." In addition to clarifying the role of doctors, MPP wants the legislature to let patients with "other debilitating conditions, such as PTSD, cancer, and multiple sclerosis," use cannabis.

The House vote today was 96 to 34. The bill passed the Senate by a similarly lopsided margin, with only five members voting no. Those tallies, like the recent legislative vote in Georgia, reflect the willingness of many conservatives to support medical access to nonpsychoactive cannabis preparations.

Texas legislators seem less inclined to support decriminalization of marijuana possession, let alone full-blown legalization. Bills that would have implemented those policies won committee approval in the House this month but have not been scheduled for floor votes.

Update: The cannabis extract bill got final approval from the House on Tuesday, so now Abbott will have to decide whether to sign it.