The feds drop a forfeiture case that violated their own policies. 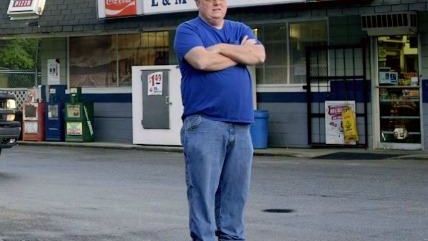 When the Institute for Justice helped bring attention to an outrageous IRS money grab in North Carolina, the federal prosecutor assigned to the case was peeved. "Your client needs to resolve this or litigate it," Assistant U.S. Attorney Steve West wrote in an email message. "But publicity about it doesn't help. It just ratchets up feelings in the agency. My offer is to return 50% of the money. The offer is good until March 30th COB." That deadline came and went, but Lyndon McLellan, the convenience store owner who lost $107,000 to the IRS because it considered his bank deposits suspiciously small, refused to fold. That turned out to be a smart move, because West was bluffing. Yesterday the government agreed to drop the case and return all of McLellan's money.

"I'm relieved to be getting my money back," McLellan says. "What's wrong is wrong, and what the government did here is wrong. I just hope that by standing up for what's right, it means this won't happen to other people."

It is unlikely McLellan would have prevailed without the publicity that I.J. brought to the case, which seemed to violate IRS and Justice Department policies regarding forfeitures based on allegations of "structuring," i.e., making deposits of less than $10,000 to avoid bank reporting requirements. Both agencies had said they would no longer pursue such forfeitures unless there was evidence that the money came from illegal sources. In McLellan's case there was no such evidence. He paid an accountant $19,000 to help prove that all the money came from his perfectly legal business.

The government is not compensating McLellan for that expense, or for the $3,000 retainer he paid a lawyer before I.J. took on the case pro bono. Nor is it paying interest on the money, which it held for more than a year. "The government cannot turn Lyndon's life upside down and then walk away as if nothing happened," says Robert Everett Johnson, an I.J. attorney who represents McLellan. "Lyndon should not have to pay for the government's lapse in judgment. And the government certainly should not profit from its misbehavior by keeping the interest that it earned while holding Lyndon's money. We'll continue to litigate this case until the government makes Lyndon whole."

I.J. has pressured the government to back down in several other structuring cases. The new policies adopted by the IRS in October and by the DOJ in March are largely attributable to the publicity I.J. has generated—especially a front-page New York Times story last fall. McLellan's case was especially striking because the government refused to return his money even after the new policies were announced. While testifying before a congressional committee last fall, IRS Commissioner John Koskinen said any forfeiture without allegations of illegal activity beyond structuring "is not following the policy."