Well, Of Course Mike Huckabee Was a Snake-Oil Pitchman 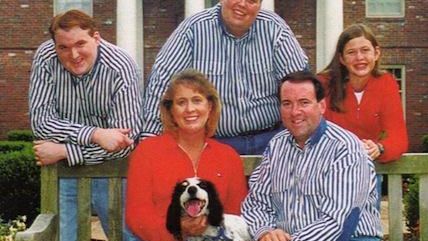 If the Republican presidential primaries had been scripted in advance, we'd be complaining about how heavy-handed the writer is. It wasn't enough to put a full-court apologist for Bush Republicanism in the race; the candidate in question is actually named Bush. It wasn't enough to add a quasi-libertarian to the mix; our secret scriptwriter had to name him Rand. And the candidate with a scuzzy history of attaching his name to dubious health products, from a "natural" "diabetes reversal kit" to a cancer cure supposedly concealed in the Bible? Naturally, the huckster is called Huckabee.

That isn't the only way Mike Huckabee's history of pitching snake oil is clarifying. There is a strain of liberalism—represented by Hillary Clinton, among others—that has secularized a series of moral battles that in other hands would be treated as religious issues, offering public health arguments for restrictions on video games, TV violence, and the like. As governor of Arkansas, Huckabee turned that on its head: He sanctifed the public health agenda, treating weight loss and smoke-free living as moral crusades. But his agenda wasn't quite identical to that of his liberal counterparts. His cultural loyalties make him less likely to embrace public health arguments against, say, gun ownership, and more likely to deploy them against, say, gay sex. ("I feel homosexuality is an aberrant, unnatural, and sinful lifestyle, and we now know it can pose a dangerous public health risk," he wrote in 1992. Note how easily he conjoined the rhetoric of health and the rhetoric of sin.) It's as though a Harvard report on how to push people into healthier habits had been rewritten in the green room of a megachurch.

So I can't say I'm surprised by this scandal. If you wanted to produce the most cartoonish representation possible of Mike Huckabee's approach to the world, you couldn't do much better than to draw someone trying to cure cancer by reading the Bible. And if there's anything this crop of candidates seems intent on proving, it's that they're willing to live down to their own worst caricatures.