Politicians on the left and right say recreational use should be legal. 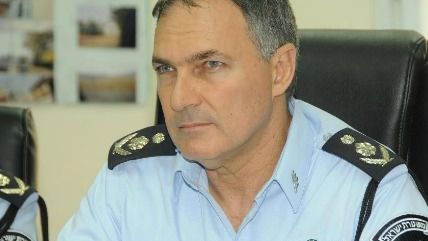 Today Israel's police chief, Yohanan Danino, suggested it is time for the government to legalize recreational use of marijuana. "More and more citizens are demanding marijuana use be permitted," Danino said while addressing a group of high school students in Beit Shemesh. "I think the time has come for the Israel police, together with the state, to re-examine their stance on cannabis. I think we must sit and study what's happening around the world."

Israel has a medical marijuana program, but recreational use remains illegal there. This is not the first time Danino has questioned the policy of treating cannabis consumers like criminals. In an interview with the newspaper Yisrael Hayom two years ago, The Times of Israel notes, he remarked that he "does not care about individuals smoking joints on their balconies." Yinon Magal, a Knesset member from the Jewish Home party who supports legalization, said Danino's comments today followed a conversation in which the two of them "reached an outline that will allow recreational use of cannabis to be decriminalized, as long as consumers remain law-abiding citizens."

Magal was one of several legislators on the left and right who participated in an anti-prohibition rally in Tel Aviv on May 2 that attracted more than 1,000 people—a pretty big crowd for a city of 400,000, equivalent to about 20,000 people in New York City. He was joined by Tamar Zandberg of Meretz and Miki Zohar of Likud, along with former Likud legislator Moshe Feiglin, who combines surprsingly libertarian views on domestic policy with disturbingly militant views on national security. "We must understand that this is not a political issue for a particular niche, but a situation in which many smokers like to smoke cannabis in their free time and feel that they are being turned into criminals," Magal said at the rally. "It's untenable that otherwise law-abiding citizens who pay their taxes and do their reserve army service are becoming criminals."