Maybe they should just be less nosy 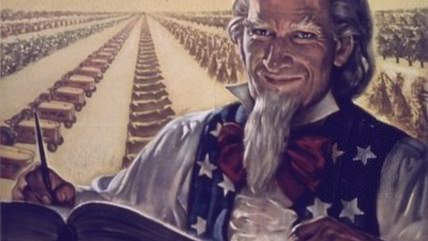 We're still a few years from the 2020 census, but federal agencies are already bracing themselves for the barrage of nosy questions they'll fire our way. Well, actually, they're bracing for the growing expense of getting us to answer those nosy questions. If the Census Bureau doesn't get off its butt and make some already recommended changes, the Government Accountability Office (GAO) warns, the next nose-counting is likely to cost a bundle without being especially reliable.

As the GAO notes in a report published yesterday, the average cost of counting each household has risen, in constant 2010 dollars, from $16 in 1970 to $94 in 2010. That's probably in part because the response rate has declined over that period. This just may—I'm speculating here—have something to do wth a muttered, "you gotta be kidding me" after a glance at the form, then a flick toward the trash.

The 2010 census was "the most costly in history, totaling approximately $13 billion," and the 2020 edition "could cost approximately $25 billion (in constant 2010 dollars)" says the GAO. Even as costs have risen, year by year, the response rate to the mailed survey has declined steadily from 78 percent in 1970 to 63 percent in 2010.

The Census Bureau acknowledges that it faces growing resistance to lengthening surveys (both short and unbelievably long) and census takers. Part of its response, unveiled last year, is to bully us. What the Census Bureau should do, suggested Tasha Boone, Assistant Division Chief for the American Community Survey, is to write "YOUR RESPONSE IS REQUIRED BY LAW" in bigger letters than ever on the envelope.

Why more government workers don't find a second career in marketing is a mystery to me.

The Census Bureau has other ideas, too, including asking information from other agencies that already have the stuff, developing an address-verification system that doesn't rely on shoe leather, and more automation and online census forms.

Surprisingly not-bad, all of those. I'd add, "fewer nosy questions," but let's start with baby steps.

But don't get too excited. The GAO helpfully points out that progress toward implementing the Census Bureau's initiatives, its cost estimates and time frames for them, and even its commitment to them, are iffy. "As Census Day 2020 gets closer, the margin for schedule slippages is becoming increasingly narrow."

The GAO also emphasizes that it's made 121 suggestions regarding Internet surveys, research and testing, and improving IT management and security. "The Bureau needs to take action to address the recommendations GAO has made in prior reports. If these actions are not taken, cost overruns, schedule delays, and performance shortfalls will likely diminish the potential cost savings that the Bureau estimates will result from redesigning the census for 2020."

So…We should pretty much just count on high costs and "performance shortfalls" then, eh?

Oh, and those nosy questions, of course.

It's worth considering that the Netherlands stopped using traditional census questionnaires after 1971 because of widespread resistance to answering them. Like their counterparts in several other European countries, Dutch officials now use publicly available figures instead—for a big savings in time and money.