...while a similar bill in Colorado gets watered down. 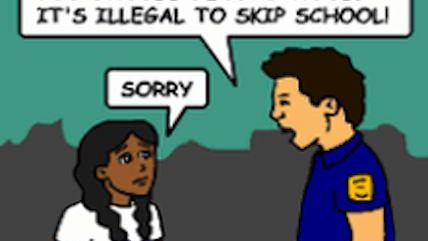 Some good news from Texas:

Riding a passionate, sometimes heated appeal from a leading Democrat, the Texas Senate on Wednesday endorsed a plan to end criminal penalties for students who skip school.

Whitmire's Senate Bill 106—approved 26-5 Wednesday and sent to the House—would treat truancy as a civil court matter, allowing municipal court judges and justices of the peace to remain involved in the process but removing their ability to assess a criminal penalty.

The new bill would still allow the authorities to levy fines on families whose kids regularly skip school, but it's a substantial step in the right direction. It is both unjust and ridiculous to treat truancy as a criminal matter.

In related news, a measure to decriminalize truancy in Colorado—previously covered in Reason here and here—just got watered down.