She nevertheless lends support to the view that marijuana does not belong in Schedule I. 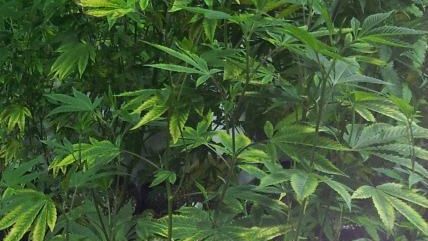 Today Kimberly Mueller, the federal judge who surprised a lot of people by granting an accused California marijuana grower's request to re-examine the plant's status under the Controlled Substances Act (CSA), said she was not prepared to rule that the drug should be taken out of Schedule I, the most restrictive legal category. According to the Associated Press, "Mueller said during a 15-minute court hearing that she was initially prepared to grant the defense motion but then decided from the facts of this particular case that 'this is not the court and this is not the time.'" She ultimately concluded that marijuana's classification, although arguably inconsistent with the criteria specified by the CSA, satisfies the highly deferential "rational basis" test.

Mueller nevertheless lent support to the view that marijuana does not belong in Schedule I, which is supposedly reserved for drugs with a high abuse potential that have no accepted medical use and cannot be used safely, even under medical supervision. Marijuana's Schedule I status makes it more tightly controlled than morphine, cocaine, or methamphetamine. "It has been 45 years since Congress passed the Controlled Substances Act," Mueller said, and "the landscape has changed."

Paul Armentano, deputy director of the National Organization for the Reform of Marijuana Laws (NORML), says Mueller deserves credit for hearing expert testimony on the issue. "We applaud Judge Mueller for having the courage to hear this issue and provide it the careful consideration it deserves," he says. "While we are disappointed with this ruling, it changes little. We always felt this had to ultimately be decided by the 9th Circuit, and we have an unprecedented record for the court to consider."

Armentano notes that Congress does not have to wait for the courts. "It is our hope that lawmakers move expeditiously to change public policy," he says. "Bipartisan legislation is before the House and Senate to recognize cannabis's therapeutic utility and to reschedule it accordingly. We encourage members of Congress to move forward expeditiously to enact this measure." Armentano is referred to the CARERS Act, which among other things would move marijuana to Schedule II with the aim of triggering a reconsideration of its status.

According to NORML, Mueller's written decision "is not yet available but is expected to be posted publicly by week's end."