Stepping up his commutations, the president begins to make up for lost time. 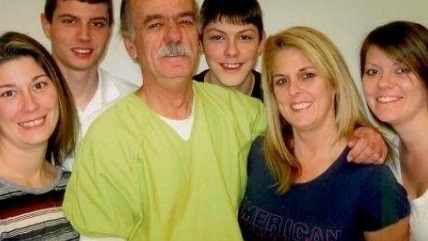 On October 31, 1996, the Sanilac County Sheriff's Office, which serves a largely rural area in Michigan's thumb, got a call from a local resident who said he was concerned about his neighbor, Darrell Hayden. No one had heard from Hayden for several days, the man said, and his horses were wandering down Argyle Road. The deputies who went to check on Hayden's welfare got no response when they knocked on the door of his trailer, so they let themselves in and wandered around. They did not find Hayden, but they did find a plastic bag of marijuana on a dresser in his bedroom. That discovery led to a search warrant, which revealed a grow operation involving thousands of cannabis plants, mixed in with the corn.

Hayden, a Kentucky-born Vietnam veteran with nine siblings, four children, and several grandchildren, had been busted for growing pot before. The first time, he got 60 days in the county jail. The second time, he served five months. This time he received a life sentence, the mandatory minimum that federal law prescribes for someone with two prior convictions who grows 1,000 or more marijuana plants. "He's seen murderers and bank robbers come and go while he's been in prison," his daughter, Lisa Hayden, told a Kentucky newspaper last year. "Something's really wrong with that."

Evidently President Obama agreed. Hayden was one of 22 drug offenders whose sentences Obama commuted last week. Now 65, he has spent 16 years in federal prison for managing that marijuana farm in Michigan. But instead of dying behind bars, he is scheduled to be released in July, along with seven other drug war prisoners serving life sentences for offenses involving cocaine, methamphetamine, and heroin.

Obama's latest batch of commutations, which doubled his total in a single day, suggests that the president, whose clemency record during his first term was remarkably stingy, is beginning to make up for lost time. Last year the Justice Department signaled a new openness to clemency petitions, laying out criteria for the sort of applications the president wanted to see. An unnamed "senior administration official" told Yahoo News the new guidelines could result in commutations for "hundreds, perhaps thousands" of federal prisoners by the end of Obama's second term. The president will have to pick up the pace to reach that goal. But his avowed interest in ameliorating the egregious injustices inflicted by federal drug laws seems to be more than rhetorical.

Most of the drug offenders whose sentences Obama has shortened so far, including 13 of the 22 prisoners whose petitions he granted last week, were convicted of crack cocaine offenses. There is a good reason for that: Crack sentences are especially harsh, and although Congress reduced them in 2010, it did not make the changes retroactive. That means thousands of crack offenders are still serving terms that almost everyone now agrees are too long.

The Smarter Sentencing Act, which was approved by the Senate Judiciary Committee last year but never got a floor vote, would address that problem by making the 2010 changes retroactive. The bill was reintroduced in February, but its prospects are uncertain. In the meantime, Obama has the power to bring crack sentences in line with what the law currently deems appropriate.

"Had they been sentenced under current laws and policies," presidential adviser Neil Eggleston wrote on the White House blog when last week's commutations were announced, "many of these individuals would have already served their time and paid their debt to society. Because many were convicted under an outdated sentencing regime, they served years—in some cases more than a decade—longer than individuals convicted today of the same crime." The crack offenders on the latest commutation list received sentences ranging from 20 years to life but will instead end up serving seven to 22 years.

With an estimated 8,800 prisoners who could benefit from retroactive application of shorter crack sentences, there is plenty of room for more acts of mercy like these. But the conventional wisdom is that commutations cannot help more than a tiny percentage of those prisoners. "While Mr. Obama has pledged to make greater use of his clemency power," The New York Times reported, "the White House is unlikely to make a sizable dent in the prison population. Thousands of prisoners are serving time for drug sentences under the old, stricter rules."

It's true that commuting thousands of sentences, as that anonymous administration official quoted by Yahoo News envisioned, would be historically unprecedented. Yet it is clearly within the president's constitutional authority, and there is less need for a careful, case-by-case weighing of each applicant's merits when there is already a consensus that the mandatory minimums imposed on crack offenders between 1986 and 2010 were inappropriately harsh.

But let's not get ahead of ourselves. Despite the concerns he expressed about our excessively punitive criminal justice system while running for president, Obama issued a grand total of one commutation during his first four years in office and finished his first term with a good shot at leaving behind one of the worst clemency records in U.S. history. He granted eight commutations in 2013, 12 in 2014 (including the three spies who were released in December as part of the prisoner swap that accompanied Obama's renewal of diplomatic relations with Cuba), and 22 so far in 2015.

"We are thrilled that President Obama is making good on his promise to use the powers granted him by the Constitution to provide relief for federal prisoners serving excessively long mandatory minimum sentences," says Julie Stewart, president of Families Against Mandatory Minimums. "We hope and expect to see more commutations granted through the end of his term."

Eggleston's comments reinforced that expectation, although he seemed a bit too impressed by what Obama has done so far. "The President has now granted 43 commutations total," he said. "To put President Obama's actions in context, President George W. Bush commuted 11 sentences in his eight years in office." That's a pretty favorable comparison for Obama, since Bush granted fewer commutations than any other modern president except for his father, who granted three over four years. But Eggleston promises that "the Administration will continue to work to review thoroughly all petitions for clemency," so there is still hope that Obama's mercy will surpass Richard Nixon's.