Matt Welch: 'Every single GOP strategist under the age of 40' Might Be Unacceptably Libertarian

What the Liz Mair firing tells us about Scott Walker, GOP politics, and libertarianism 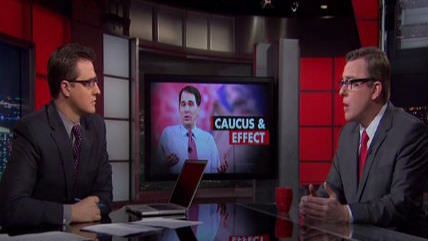 Last night I appeared on MSNBC's All In With Chris Hayes to talk about Scott Walker hastily firing online campaign consultant Liz Mair (a past Reason contributor) over some mildly intemperate prior comments Mair had made about Iowa (and after a heavy-breathing Breitbart.com article about Mair's allegedly untenable views in favor of gay marriage, abortion, and legal immigration). Watch the whole segment below: