The 90% THC Candy Bar and Other Prohibitionist Fantasies 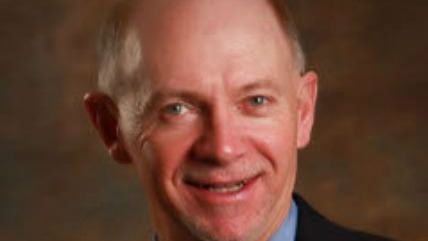 In an op-ed piece published last week, Scotts Bluff County, Nebraska, Sheriff Mark Overman explains why he joined a lawsuit seeking to reverse marijuana legalization in neighboring Colorado. "Almost all of the marijuana that we see originates in Colorado," he writes. "The potency has increased dramatically, and so has the price."

Although drug warriors usually cite price increases as evidence that they are succeeding, Overman apparently sees more-expensive marijuana as cause for concern, presumably because it's an indicator of potency. He says "the smoking variety" of Colorado marijuana "commonly tests over 20 percent." That's misleading, since such super-strong strains remain the exception rather than the rule. Medicine Man, one of Denver's leading dispensaries, currently offers 31 kinds of buds, only three of which have THC content of 20 percent or more. The rest range from 8 percent to 17 percent.

Overman adds that "'edibles,' in the form of candy, baked goods, and drinks, have [THC] levels as high as 90 percent." It is hard to see how that could possibly be true. A lollipop or soda that was 90 percent THC would not be a lollipop or soda; it would be THC mixed with some sugar. Furthermore, Colorado's regulations limit edibles to no more than 100 milligrams of THC per package. A legal edible that was 90 percent THC therefore would weigh no more than 111 milligrams, or 0.004 ounce. That's a pretty tiny candy bar.

Possibly Overman is thinking of the concentrates that are mixed into edibles. But his confusion raises the question: Why should we care about these numbers? Consumers generally consider higher THC content an improvement, although clearly there are limits. Otherwise, Medicine Man would sell nothing but highly potent strains such as Chem 4 and Girl Scout Cookies. For smokers, higher potency means less exposure to combustion products to achieve the same effect—a health advantage. When it comes to edibles, businesses that had catered mainly to patients and other heavy users have been adjusting to serve occasional recreational consumers who prefer lower doses. They must be doing something right, because their products dominate the recreational market in Colorado.

That market clearly offends Overman, who nevertheless says he agrees with his state's policy of treating marijuana possession as a civil infraction rather than a crime. But if people who consume cannabis should not be treated as criminals, why should people who merely help them do so? The moral logic of decriminalization eventually leads to legalization, including all the supposed horrors of mixing cannabis with capitalism.