He is no BFF of Latinos 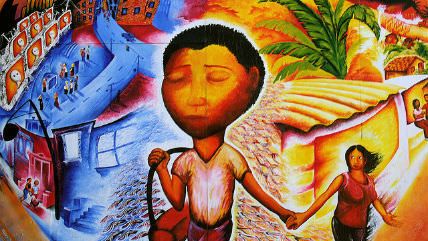 Senate Republicans may have found a deal to avert a looming shutdown of the Department of Homeland Security this Friday. The Senate on Monday failed to pass the $40 billion funding bill for the fourth time. The Republican-controlled House has passed the bill, but Senate Democrats blocked it over provisions that would defund President Barack Obama's executive orders on immigration.

However, Senate Majority Leader Mitch McConnell has now come up with a compromise that'll take separate votes on funding the DHS and defunding Obama's executive action. The first will pass and the second will either not pass or get vetoed by the president. Either way, Republicans can thrust their chests out, vote for it and feel like heroes of the Republic. However, this strategy's prospects in the House remain uncertain.

But every day that the agency remains shut is a day worth celebrating because it'll mean suspension of a nasty, little program called the Criminal Alien Removal Initiative that has ripped the civil rights of Latinos and terrorized their communities.

And who fathered this program? None other than President Obama who is trying to position himself as the second-coming of MLK in the DHS funding fight against coldheated Republicans, notes Reason Foundation Senior Analyst Shikha Dalmia. But it's not for nothing that he's considered a deporter-in-chief given that he spawned this program for the sole purpose of boosting his deportation numbers and his re-election prospects in 2012.