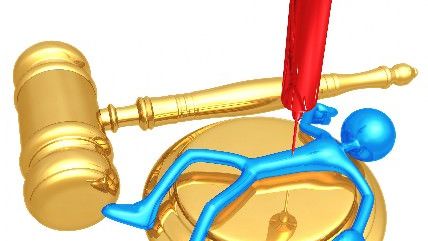 When the state of Ohio executed convicted murderer Dennis McGuire last year, it took nearly 26 minutes for him to die, during which time he is said to have "gasped, choked, clenched his fists and appeared to struggle against his restraints." McGuire's execution was just one in a series of recent "botched" executions, which have led to increased scrutiny on death penalty states regarding the quality and provenance of the drugs they use to execute prisoners.

These states have reacted by dramatically increasing the secrecy surrounding said drugs. Ohio recently passed House Bill 663 at the request of the prison industry, which claims it cannot continue to execute prisoners without denying the public access to information regarding the chemicals in lethal injection cocktails.

The new law will allow prison officials to buy drugs from some of the 61 compounding pharmacies in the state. Typically smaller, independent businesses, compounders mix drugs for specific customer needs. They can ask the state not to identify them as the provider of lethal drugs for 20 years. The law also will keep confidential forever the identities of execution-team members and physicians involved in the process, even in an advisory capacity.

Ohio prison officials have said confidentiality is needed or else the compounding pharmacies won't sell drugs to the state for fear of backlash, threats and picketing by anti-capital-punishment groups. Major pharmaceutical companies, many of them based in Europe, no longer sell drugs for executions.

Four Ohio Death Row inmates challenged this law, claiming a First Amendment right to information that should be made public, in order to protect their Eighth Amendment rights shielding them from cruel and unusual punishment.

Their suit was dismissed by U.S. District Court Judge Gregory L. Frost on the grounds that the law "does not suppress speech or the ability to oppose the death penalty…the statutory scheme simply cuts off Ohio and its employees as a source of specific information for both proponents and opponents of the death penalty."

Still, Frost was strikingly critical of the process which led to the lawsuit itself:

In execution protocol challenges, the law tells death-sentenced inmates to bring evidence into the courtroom while concurrently upholding a scheme that places the bulk of select evidence outside the reach of the inmates. The necessary is also the withheld: you must give us that which you cannot have to give. In order to challenge the use of a drug that will be used to execute them, inmates must explain why use of that drug presents a risk of substantial harm. But the inmates are not allowed to know from where the drug came, how specifically it was manufactured, or who was involved in the creation of the drug. This means the inmates can attempt to complain about the reliability of the drug without being afforded the information that would place the drug into a context in which the inmates and by extension the courts can evaluate the reliability based on more than impermissible speculation or perhaps unwarranted assumptions.

Frost added, "A proponent of Kafkaesque absurdity might be proud of such a byzantine method for pursuing the protection of a constitutional right," which makes his ruling that much more confounding.

Andrew Cohen of the Brennan Center for Justice put it thus:

This is not reasoned justice. This instead is complete judicial capitulation to the corrections and compounding industries, and to the politicians beholden to them, and to a cult of secrecy that has taken hold in virtually every outlier state that still seeks to impose capital punishment. It is a judge explicitly acknowledging that "a right bereft of an effective, meaningful means to protect that right is arguably nothing more than an illusion" and then issuing a decision that reinforces the injustice of that illusion to a group of condemned men seeking no more than basic information about the manner in which the government seeks to kill them.

This is not the end of First Amendment challenges to death penalty secrecy. The Guardian, The Associated Press and several Missouri newspapers have filed suit against the Show-Me State on the grounds that as journalists, they have a public interest in investigating and reporting on the drugs used to wield the ultimate in state power: the taking of a citizen's life.