The Oppressive Logic of Obama's Plan to Chase Down Foreign Earnings 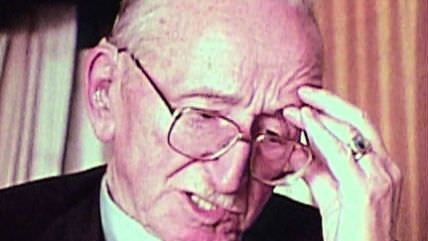 F.A. Hayek, a Vienna-born economist who taught at the University of Chicago in the 1950s, won the 1974 Nobel Prize for explaining how monetary policy contributes to business cycle booms and busts. But his more penetrating insights were actually in a slim, populist 1944 pamphlet called The Road to Serfdom, in which he argued that government interference in the economy inevitably raises the specter of tyranny in our politics.

That's the logic playing out in the left's frenetic efforts to make American companies pay their "fair share" in taxes. Witness President Obama's latest budget plans to go after the foreign earnings of alleged corporate tax scofflaws. (These plans stand little chance in the GOP-controlled Congress.")

American corporations face a tax double whammy. They confront combined federal and local corporate tax rates of about 40 percent (68 percent if you include capital gains taxes), the highest in the free world, largely because OECD countries have been slashing their own rates for the last two decades while America twiddles its thumbs. And to add insult to injury, U.S. companies are taxed on their worldwide income, not just their domestic earnings, as is the case in 27 of the 34 OECD countries that have what's called a territorial tax system.

So, as per Hayek, human nature being what it is, American companies have responded by looking for ways to escape Uncle Sam's clutches. And because U.S. tax law doesn't require companies to pay taxes on their foreign earnings until they bring them home, these companies keep their money stashed abroad. This has locked about a trillion dollars of wealth in low-tax foreign jurisdictions, depriving the American economy of capital investments, jobs, and tax revenues.

The best way to encourage them to repatriate this money would be to simply slash America's corporate tax rates to globally competitive levels. What would those be? America offers advantages—a relatively union-free environment and a high return on investments—compared to other countries, so its tax rate doesn't have to be rock bottom. But somewhere close to Europe's 20 percent average corporate tax rate or Canada's 15 percent rate would be a good start.

That, of course, is not the approach the Obama budget is taking.

It proposes to cut corporate tax rates to a mere 28 percent (25 percent for manufacturing companies) while raising capital gains from 20 percent to a whopping 28.7 percent.

Obama surely knows that these rates aren't low enough to induce companies to bring back the moola, so his budget is tightening the noose on them in other ways.

He wants to eliminate the "deferral loophole" that allows companies to stash cash abroad, and impose a 14 percent surcharge on their existing foreign holdings to fund America's noble public works projects, a draconian form of retroactive taxation that is no doubt making Hayek flip in his grave. Obama is also proposing a 19 percent tax on future foreign holdings of these companies. These can be repatriated without any further taxes—except for one caveat. Currently, companies are allowed to credit taxes paid to foreign governments against what they owe Uncle Sam. Under the Obama plan, as best as one can tell, the 19 percent tax would be calculated on their total foreign income without the benefit of any credits. The administration hopes that if companies have to pay a tax on foreign income regardless of where they park it, they will bring it back home.

That wishful thinking will backfire. The 19 percent mandatory tax will discourage companies from headquartering in America in the first place, producing more loss of revenue in the long run. And among existing companies, it will accelerate the trend of inversion that produced so much bellyaching among Democrats last year. That involves American companies merging with companies in lower-tax countries to get domiciled there.

The Obama administration won't take this lying down, of course. No doubt the president would redouble efforts to make it even more difficult for U.S. companies to shed their tax liability by inverting, something the administration already started doing last year. For example, it limited tax breaks only to American companies that merge with foreign companies larger than themselves, a much more difficult proposition than buying smaller ones.

But to really see how far the administration could go to bring recalcitrant companies to heel, consider how it has treated American expatriates settled abroad. In order to snag a handful of mega-millionaires with unreported income stashed abroad, it passed something called FATCA (the Foreign Account Tax Compliance Act) four years ago. This act requires Americans with more than $10,000 in foreign accounts to file disclosure forms or risk $100,000 in fines and jail time. Worse, it demands that foreign financial institutions report the accounts of their American customers, much as domestic banks are required to do.

Rather than face the red tape, many foreign banks have simply shut their doors to American customers, leaving about 8 million expats living abroad few options besides their mattresses to store their cash.

Predictably, expats scrambled to renounce their U.S. citizenship after this rule went into effect, offending the administration further. It hiked the citizenship renunciation fee on these deserters by 422 percent. And it tried to pass the ExPatriot Act to impose additional exit taxes, but failed.

Mercifully, in America's system of checks and balances, a functional opposition can halt some of the worst tendencies of the redistributionist left (and vice versa). But left to its own devices, it would fulfill Hayek's prophecy.

This column originally appeared in The Week