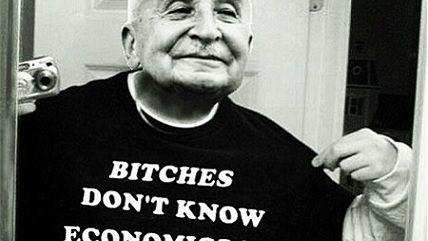 Licensed day care already is too expensive for so many working parents. And yet as President Obama pointed out during his recent State of the Union address, it isn't a wish-list item but rather a necessity since so many parents need to work to make ends meet.

So what is Obama's big idea regarding day care? Well, to make it even more expensive via new guidelines and requirements for participation in federally funded programs:

As Katharine Stevens reported in The Wall Street Journal, a recently enacted new HHS "early Head Start" program to expand access to child care for working families (especially in poor areas) stipulates that "child-care providers who receive the new funding will be subject to federal monitoring and required to comply with the 2,400 Head Start 'Performance Standards' stipulating everything from staff qualifications to cot placement to how to clean potties."

In some states that means new stiff federal regulations on top of existing state regulations.

As the Wall Street Journal's Stevens explains it, the biggest new demand is that all caregivers have bachelor's degrees despite the absolute lack of evidence such as credential is related to teaching effectiveness at the preschool level.

No matter. Schachter, who lives in Pennsylvania (where having two kids in certified day care costs almost $20,000 a year), says that bureaucrats are just fine with credentialism and just about anything that jacks up prices as long as you nod to improving quality.

Diane Barber, the director of the Pennsylvania Child Care Association, says there's a good reason why it costs Keystone families so much for day care. "It costs more to do quality," she says. "For example, in Mississippi the base requirements are much lower so the costs are much lower."

A couple of weeks back, I noted Stevens' column as well in an article about the utter lack of balance in Obama's vision of improving services. He is forever trying to manage the demand side of things, through more and more regulation and mandates and price controls or subsidies to deserving people. He virtually never looks at the ways in which you could improve the quality of service and drive down prices by allowing the supply side to expand. Yet

that's precisely how prices really come down and increasingly higher-quality goods and services become affordable and ubiquitous. We didn't get to cheap hamburgers by subsidizing their purchase through targeted tax breaks to working Americans. Fast-food chains drove down prices and upped quality in their desperate attempts to grab and keep customers.

The same thing is true of all sorts of consumer products and services. When VCRs, home computers, and cell phones first hit the markets, only wealthy people could afford them. Prices tumbled because manufacturers increased the supply and variety, not because the government gave us money to go purchase them.