An attempt to provide cannabusinesses with banking services could be blocked by bureaucratic resistance. 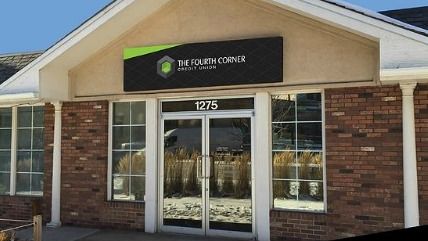 The New York Times reports that the Fourth Corner Credit Union, a budding financial institution in Denver that plans to serve the cannabis industry, is still waiting for Federal Reserve approval nearly three months after applying for a master account, which is necessary for check cashing and money transfers. Usually the Fed's approval is routine and comes within days, which suggests that Fourth Corner's raison d'etre—providing much-needed banking services to businesses that traditional financial institutions shun because of legal concerns—may prevent it from getting the clearance it needs to perform that function.

Fourth Corner, whose board includes cannabis entrepreneurs and a Denver city councilman, received a state charter in December and has applied for deposit insurance from the National Credit Union Administration (NCUA), the federal agency that insures most credit unions. If the NCUA says no, Fourth Corner plans to obtain private deposit insurance. But there is no alternative to the Federal Reserve for gaining access to the financial network that would enable Fourth Corner's members to make electronic payments and write checks that can be cashed at other financial institutions.

A month ago Fourth Corner received a letter from Esther George, president of the Federal Reserve Bank of Kansas City. According to the Times, "The letter stated that issuance of a master account was 'within the Reserve Bank's discretion' and required the Fed to identify the risks 'posed by such a financial institution.'" Presumably those risks are the same ones that have deterred most banks from serving state-licensed cannabusinesses: Since marijuana is still banned by federal law, merely accepting such customers implicates financial institutions in money laundering and various other felonies. There is also the risk of a federal crackdown on the marijuana merchants themselves, in the course of which the government might seize their deposits, which for a financial institution like Fourth Corner would be a death sentence. Apart from the potential criminal liabilty, all this legal uncertainty raises the sort of "safety and soundness" issues that tend to alarm federal regulators.

Times business writer Matt Richtel, who describes in detail the problems raised by the lack of marijuana banking services, speculates that the Federal Reserve's reluctance may stem from a desire to keep the industry small:

The granting of a master account to the credit union can fairly be seen as undercutting the authority of the federal government to easily regulate marijuana through the traditional banking system.

Right now, traditional banks would rather not risk prosecution—or regulatory trouble—to get a few million dollars from marijuana businesses. And so to keep the industry on a low throttle, the federal government need only threaten tighter enforcement, and already skittish banks might get out entirely. In this way, restricting banking limits the size of the industry without directly challenging the states that have legalized it.

Maybe Richtel's right, but if so this strategy contradicts the Obama administration's official policy, which is to remove the barriers to banking for marijuana businesses to the extent possible under current law. Attorney General Eric Holder has repeatedly expressed concerns about the hazards of having so much cannabis cash floating around, and a year ago the Justice and Treasury departments issued memos aimed at reassuring banks that are leery of marijuana money. In practice those memos were not all that reassuring, but if the administration wanted to keep a lid on the industry by making it hard to obtain loans or pay vendors and employees, all it had to do was nothing.

[Thanks to Ken Costantino for the tip.]