Can We Shut Up About the Weather? And Start Talking About Super-Bowl-Sized Corporate Handouts?

It's snowing, but it's winter. For the NFL and other sports leagues, it's raining taxpayer dollars every single day. 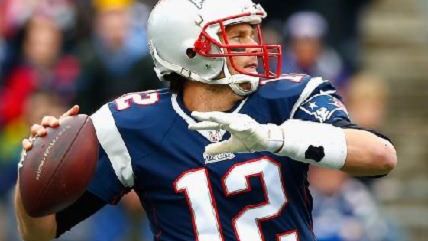 It's a new week and another major storm, this one named Linus, is projected to to hit the Midwest and the Northeast, two regions of the country that remains populous even as they lose population relative the the South and the West.

Well, what do you know, it's winter! As I asked last week in a column for Time, when the previous mega-storm failed to wallop the mid-Altantic region as prophesied, "Can We All Shut Up About the Weather for a While?":

Of course, in the age of Total Politics, where every discussion needs to be prodded into a discussion of partisanship and ideological score-settling, even seasonally appropriate weather cannot escape serving the greater cause (however you define it):

As one Twitter wag put it in response to the non-blizzard of the moment, "Remember: no snow = global warming, lots of snow = global warming, less snow than you thought = global warming." The important thing being, of course, that we always feel bad about ourselves no matter what's happening. The United States doesn't have colonies anymore, but we can still feel bad that our productive might is somehow making the world a worse place….

Good luck if you're traveling today (as, alas, I am). Wherever you end up (or don't), hopefully you'll be able to enjoy a friendly discussion of the geopolitical implications of a Seahawks or Patriots win in tonight's Super Bowl.

And a reminder: Even if you don't care about the NFL, you've almost certainly helped the league out by paying taxes or floating bonds to help the league's billionaire owners build new stadiums that can cost over $1 billion. This tally of how much NFL playgrounds built since 1997 have cost (unadjusted dollars) and the percentage paid by tax dollars should be stunning and dispiriting to everyone but the plutocrats who own football teams. Sure, there's MetLife stadium in New Jersey, home to the Jets and Giants, which was 100 percent paid for by private money. But all the other stadiums built in recent years have been corporate welfare programs of stunning proportions. Back in 1998, for instance, local taxpayers picked up the full tab to build a home for the Tampa Bay Buccaneeers and Cincinnati coughed up fully 94 percent of the costs to build and operate Paul Brown Stadium (a deal that prompted a very interesting lawsuit covered by Reason).

With that in mind, sports fans, are you ready for some…handouts? Here are "The NFL's 5 Greatest Hits…On Taxpayers":