It takes multiple cops firing multiple shots to subdue a 17-year-old girl with a knife? 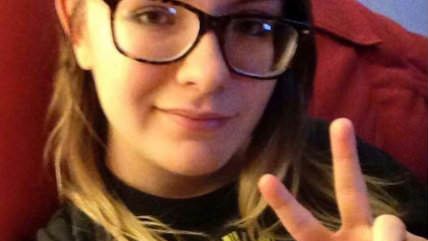 A teen girl in Longview, Texas, was fatally shot by police officers last Thursday after showing up at the Longview Police Department (LPD) "brandishing a weapon." In interviews and official statements, the department has been vague about what kind of weapon Kristiana Coignard, 17, was carrying—a news release from LPD is titled "Longview Police Identify the Suspect in January 23rd Shooting," giving the impression our suspect/victim was wielding a gun herself. But Longview Mayor Jay Dean said he was told that Coignard was carrying a knife.

A knife is certainly not nothing. But it is also not a gun. And one can't help but wonder why three cops, in the middle of their own lobby, were unable to subdue a knife-wielding teen girl without the use of lethal force. Coignard was shot multiple times—some sources are saying four times, though I couldn't confirm this—and three police officers have been placed on administrative leave in conjunction with the shooting.

According to LPD's statement, Coignard had showed up in the front lobby around 6:28 p.m. on January 22:

When Officers arrived they were confronted by a white female who threatened them. The suspect brandished a weapon, made threatening movements toward the officers and was shot. The suspect was transported to Good Shepherd Medical Center where she were pronounced dead by a Justice of the Peace. The Texas Rangers have been called in to investigate this shooting.

Coignard had been living with her aunt, Heather Robertson, who told ThinkProgress that the girl struggled with depression and bipolar disorder and had previously attempted suicide several times. "I think it was a cry for help," said Robertson about her niece's actions. "I think (police officers) could have done something. They are grown men. I think there is something they are not telling us."

People claiming to be with the hacker collective Anonymous are rallying around Coignard's case. "We ask you what kind of people you hire as a police officer that can't take a knife from a small 17 year old girl?" they ask. "We ask you why are your officer's carrying tazors if they will only reach for their guns first? … To the citizens of America it looks as if police are trained to kill and not to serve and protect us."

In 2014, we saw a bevy of tragedies involving mentally troubled teens killed by police officers. Last January, for instance, a 90-pound schizophrenic teen with no weapon whatsoever was fatally shot less than two minutes after North Carolina police entered his home; his parents had called the cops for help subduing the agitated boy. Last August, a 19-year-old with bipolar disorder was fatally shot in Florida after police mistook a cordless drill she was holding for an Uzi and a suicidal Kansas teen was shot by police more than a dozen times.