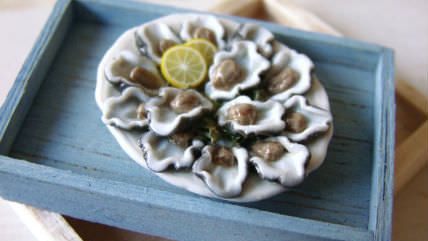 Michael Ames at Newsweek has an interesting tale of how the federal government helps environmentalists crush the oystering industry, even with scant evidence that oystering is hurting the environment in a meaningful way. Dianne Feinstein comes out as a hero of private business in this one.

the DOI and its National Park Service spent much of the past decade using scientifically unsound, and at times bizarre, tactics to prove the oyster farm had to go. "The Park Service has falsified and misrepresented data, hidden science and even promoted employees who knew about the falsehoods, all in an effort to advance a predetermined outcome against the oyster farm," [Sen. Dianne] Feinstein [defending her constituents in a particular oyster farm north of San Francisco] wrote to then-secretary of the interior Ken Salazar in March 2012. "It is my belief that the case against Drakes Bay Oyster Company is deceptive and potentially fraudulent."

The Park Service wanted that oyster farm out, and were overzealous in service of that desire:

Feinstein called on the NAS to conduct an external review of the Park Service's environmental studies. The resulting report concluded that Park Service scientists, in setting out to prove the farm was causing environmental harm, had "selectively presented, over-interpreted, or misrepresented the available scientific information" and "exaggerated the negative and overlooked potentially beneficial effects of the oyster culture operation."

For example, when they saw seal numbers dropping, scientists made targeted assumptions about the oyster farm that ignored critical variables, such as nosy kayakers and shifting sandbars. Such limited data, the NAS said, "cannot be used to infer cause and effect." Ultimately, the NAS "conclude[d] that there is a lack of strong scientific evidence that shellfish farming has major adverse ecological effects on Drakes Estero."

Environmentalists painted the oyster farm as an "ecological disaster" but it is Ames's conclusion, in his well-reported story, that there was insufficient real evidence for that, and that the agencies wanting to get rid of oystering there even concealed some photographic evidence that belied the notion that oyster operations were harassing or damaging the seals. Both Department of Interior and U.S. Geological Survey (USGS) reports Ames cites agree with the notion that the seal threat was overstated or false.

But the USGS, study author Brent Stewart told Ames, actively changed his findings in order to harm the oyster industry:

when the USGS published its final report that November, Stewart discovered that his findings had been altered and that the study reached conclusions his research directly contradicted. "It's clear that what I provided to them and what they produced were different conclusions and different values," says Stewart. "In science, you shouldn't do that."

For example, the USGS had deleted his words "no evidence of disturbance" for one date, and in its analysis stated that two disturbances "were associated with boat activity"—despite Stewart's study that showed otherwise. Strangely, USGS went back to Stewart months later and asked him to double-check his work on two dates in particular. He did as requested and reiterated his findings, but even this did not alter the final report's inaccuracies. In its Final Environmental Impact Statement, the Park Service took this alteration one step further by implying causation between the boats and the seals, something Stewart had explicitly ruled out. Eventually, this Impact Statement would beused by Department of Justice lawyers in their arguments against Lunny [the oyster company operator] before the 9th U.S. Circuit Court of Appeals.

Stewart told his contacts at the USGS that their report had errors and asked if he could correct them. "The response I got was, 'No, it's done. It can't be changed.' That was a bit shocking."

The whole long story is well worth a read, and casts shade on how government will misuse science to support preconceived notions about how human industry and protected portions of the environment should interact.