Ten minutes of communications at news outlets like The Guardian, The New York Times, and NBC collected. 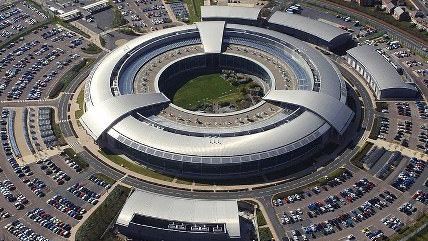 They did it, apparently, to see if they could do it. According to new information teased from Edward Snowden's massive document dump, Britain's spy agency, Government Communications Headquarters (GHCQ) collected thousands of e-mails from prominent news agencies in America and England in a 10-minute exercise in November 2008. According to The Guardian, which was one of the media outlets targeted, the agency collected a lot of crappy news release spam, but also e-mails between journalists and their editors. From The Guardian:

The mails appeared to have been captured and stored as the output of a then-new tool being used to strip irrelevant data out of the agency's tapping process.

New evidence from other UK intelligence documents revealed by Snowden also shows that a GCHQ information security assessment listed "investigative journalists" as a threat in a hierarchy alongside terrorists or hackers.

Senior editors and lawyers in the UK have called for the urgent introduction of a freedom of expression law amid growing concern over safeguards proposed by ministers to meet concerns over the police use of surveillance powers linked to the Regulation of Investigatory Powers Act 2000 (RIPA).

The story goes on to explain how the British government uses RIPA to collect phone records without having to get warrants in a system that has resulted in the same kind of mass data collection we see from the National Security Agency (NSA) in the United States. Editors have signed on to a letter to Prime Minister David Cameron protesting the snooping.

Because this was a single exercise more than six years ago, there's no indication whether GCHQ has actually adopted this system as a regular practice, and they declined to comment on the matter, other than to declare that their policies are legal and have strict oversight.

But the documents also indicate that the intelligence agency saw journalists as a "potential threat to security," ranking somewhere between terrorists and hackers as security risks. They warned staff about journalists trying to approach them to get information they aren't allowed to possess.

Meanwhile, Cameron is actually calling for more surveillance and laws demanding access to encryption, leading to fears that apps like SnapChat could be banned in Britain. On Friday, President Barack Obama took Cameron's side in the debate, supporting "backdoor" encryption that would allow the feds to get access to your information. Remember that if in tonight's State of the Union Address, Obama talks about his Student Digital Privacy Act to "protect" students from the scourge of targeted advertising. Obama is no friend of privacy when the government says it needs more information about you.