Guess the Only State Where Less Than Half the People Work 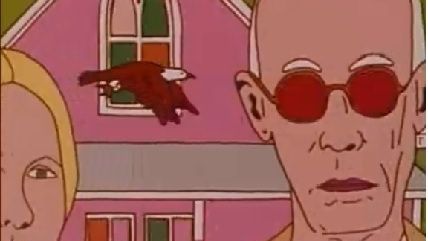 What state has the lowest labor participation rate? It's West Virginia, where only 49.8 percent of people age 16 and up are actually working. The labor participation rate is the "the percentage of the civilian noninstitutional population 16 and over working or looking for work." It includes people who have given up looking for jobs and are thus not captured in the most widely followed measure of unemployment and it also includes civilians who are disabled. Nationally, the labor participation rate in December (the most recent figure) was 62.7 percent. The highest rate is in North Dakota, where the fracking and shale oil boom has pushed the number to 69.5 percent.

As Marketwatch notes, West Virginia's unemployment rate is 6.3 percent, with 14 states having worse outcomes on that score. Part of the problem is that West Virginia's population is older, which correlates with lower labor participation rates.

Overall, the labor participation rate in the United States has been tanking since 2000. So while the financial crisis plays a big role, especially among older workers who took buyouts and retired, it's not the whole story. Neither is the general aging of the population, which tends to lower the participation rate.

Indeed, the real issue is the very long-term participation rate of men, which has been on the downslope for generations now.

Which brings us back to West Virginia. It not only has the lowest labor participation rate, it has the highest disability rate in the country: 17.6 percent. Disability claims skyrocketed in the wake of the 2008 financial crisis, not because more people were suddenly injured but because such a program represented a way to get money as unemployment and other benefits ran out.

And over the long haul, it's become easier and easier to claim disability and effectively opt out of the work force (other well-meaing programs add to the trend too). For many people, work is effectively optional if they can scratch together a bare minimum of revenue from other sources. As the grandson of an Irish immigrant who quit working as soon as he could live off his wife's and children's earnings, I can recognize that impulse as a dark mirror of the American Dream.

If disability requirements were tightened up, there's no doubt that many people not working now would start looking for work.

Read where your state ranks in labor participation rate here.