Pot Is Legit Enough to Attract Its First Institutional Investor 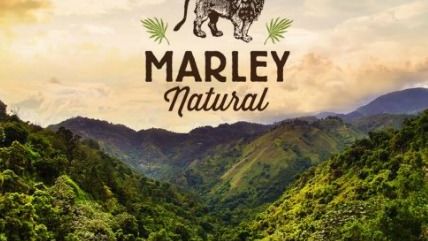 This week Privateer Holdings, which owns several marijuana-related businesses, announced a mulitimillion-dollar investment by Founders Fund, PayPal co-founder Peter Thiel's private equity firm. Privateer describes it as a "major milestone for the entire legal cannabis industry," since it's the first time an institutional investor has bet on the commercial opportunities created by the ongoing collapse of marijuana prohibition. Fortune notes that "large investment firms have been wary to do business with marijuana companies, even in states like Colorado where the drug is legal, because it remains illegal in the eyes of the federal government."

So why did Founders Fund take the plunge? "As a partnership at Founders Fund we tend to be more libertarian than many other venture capital firms," partner Geoff Lewis told The Huffington Post, "but this is certainly not a politically motivated investment." Fortune says Founders Fund "became comfortable making a marijuana investment after a year and a half of diligence on Privateer," adding that the operation "impressed [Lewis] with the way it navigated the complex legal environment."

Privateer owns Leafly, an online service that reviews strains and connects cannabis consumers with retailers in the 23 states where marijuana is legal for medical or recreational use. Since Leafly merely provides information, it does not run afoul of the federal ban on marijuana. Neither does Tilray, a Privateer-owned company that legally ships medical marijuana to patients in Canada. But what about Marley Natural, a Privateer company that plans to offer "fine cannabis products," including buds, lotions, and accessories, "in certain jurisdictions where regulations permit"? How can that possibly be legal?

As near as I can tell, Marley Natural, a joint project with Bob Marley's estate, licenses the brand to local producers in states where marijuana is legal, so it is not directly involved in growing or selling cannabis. That sort of involvement would violate not only federal law but state restrictions on outside investors. In Colorado, for example, only someone who has lived in the state at least two years can have an ownership stake in a marijuana business.

Even if Marley Natural's business is limited to licensing, it seems like receiving money from cannabis growers and product manufacturers would expose it to the risk of forfeiture and possibly money laundering charges. But I gather from Founders Fund's decision to invest that Privateer has found a way to avoid or manage those risks. I have contacted Privateer to find out exactly how it handles the "complex legal environment" and will update this post when I hear back.