Stop the Planet of the Apes, I Want to Get Off! 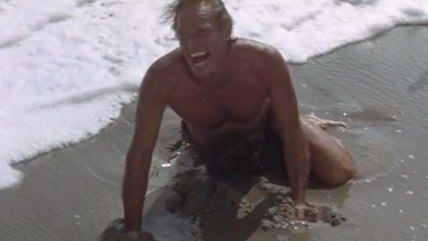 Via Instapundit comes word that chimps have once again been denied legal rights in New York. From Reuters' writeup of the case (which appears at Scientific American):

Less than a month after a New York state appeals court ruled that chimpanzees do not have legal rights and cannot be released from captivity, a case involving a second chimp has been dismissed.

Attorney and animal rights activist Steven Wise in 2013 filed a habeas corpus petition—traditionally employed by prison inmates who claim they have been illegally detained—on behalf of a chimp named Kiko.

Wise has said that Kiko, who is owned by primate expert Carmen Presti, is deaf from abuse suffered during the making of a Tarzan film and lives tied to a chain in a cement cage in Niagara Falls. He asked for Kiko to be released to a sanctuary in Florida, saying that private captivity is unsuitable for chimps because they are autonomous creatures.

Activist Wise isn't done, not by a long shot:

He has said he will bring similar cases on behalf of elephants, dolphins, orcas and other intelligent animals.

As Instapundit notes, "Call me back when they can have legal responsibilities."

That sounds about right, even as it doesn't absolve us humans from acting kindly toward animals.

Bonus mashup video: Mad Men's Don Draper takes his son to see The Simpsons' great show-within-a-show Stop the Planet of the Apes, I Want to Get Off!: