DOJ Finds Pattern and Practice of Excessive Force at Cleveland Police, For the Second Time in Ten Years 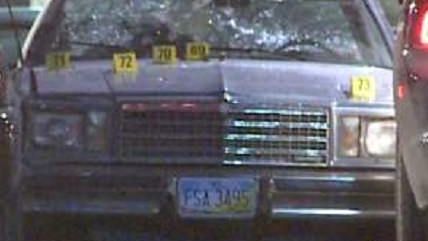 For the second time in the last decade, the Department of Justice (DOJ) has found reasonable cause to believe the Cleveland Division of Police (CDP) is engaging in a pattern and practice of police brutality and violation of constitutional rights. The DOJ released its report today, which found "structural and systemic deficiencies and practices—including insufficient accountability, inadequate training and equipment, ineffective policies, and inadequate engagement with the community—contribute to CDP's use of unreasonable force."

The DOJ explained its methodology:

Our investigation did not focus only on highly publicized use of force incidents. Instead, our review examined nearly 600 use of force incidents that occurred between 2010 and 2013, including incidents involving the use of lethal and less lethal force. We closely analyzed these incidents, using use of force reports and other documents and evidence provided by CDP, and applied the relevant legal standards to determine whether CDP's use of force was legally justified.

In addition, our evaluation of CDP's use of force was informed by many other sources, including: witness interviews and the participation of hundreds of individuals in community town hall meetings; interviews with the Division's officers, supervisors, and command staff; input from other stakeholders in the City, including elected representatives of the patrol officer and management unions, the Office of Professional Standards, the Civilian Police Review Board, members of religious communities, and other community leaders; Division policies, procedures and training materials; and analysis provided by expert police consultants DOJ retained to assist with this investigation.

As usual, the DOJ engaged in the obligatory obeisance. "We recognize the challenges faced by officers in Cleveland and in communities across the nation every day," the report stated. "Policing can be dangerous. At times, officers must use force, including deadly force, to protect lives, including their own." Later: "In addition, the vast majority of CDP officers are seeking to serve the public as best they can under dangerous and difficult conditions. These officers deserve the community's respect and gratitude."

Nevertheless the DOJ found enough evidence to suggest systemic abuses of power by officers at the department.

"The use of force by police should be guided by a respect for human life and human dignity, the need to protect public safety, and the duty to protect individuals from unreasonable seizures under the Fourth Amendment," the DOJ stated in the report, noting that a "significant amount of the force used by CDP officers falls short of these standards."

Because this is the second time Cleveland police have found themselves the target of a federal investigation over police practices, the DOJ is insisting on a consent decree that would obligate the city to reforms as well as a federal monitor for oversight.

Recent police news out of Cleveland: the cop who shot 12-year-old had been previously ruled unfit to handle a firearm, white cops involved in deadly car chase (ending pictured above) sue over alleged unfair treatment compared to black cops who kill on duty.