Hellman's Sues to Protect Its Mayo-Monopoly 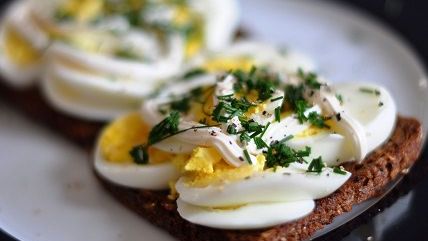 Concerned sandwich makers everywhere can take comfort in the fact that these important questions will be answered in a lawsuit filed late last month by Unilever, maker of Hellman's, against Hampton Creek, maker of Just Mayo. (Full disclosure: My girlfriend digs Hellman's, while I'm a Just Mayo guy.) The former contains eggs, while the latter—which contains pea protein—does not.

Unilever claims that, based on the FDA standard of identity, egg-less Just Mayo is lying—despite the company's use of the non-standard term "mayo"—and that this alleged deceit has harmed Hellman's profits. It's seeking millions of dollars in damages and wants the judge to bar Just Mayo from calling itself, well, mayo.

I spoke by email this week with Michele Simon, a public health lawyer who's been quoted widely for her extensive research on the labeling controversy, about the case.

Michele Simon: Because the lawsuit is absurd and I admire Hampton Creek's mission to make healthier, more sustainable, and cruelty-free foods that are affordable and appeal to the mainstream consumer, all of which should be encouraged and not threatened with legal action. Hampton Creek represents just the sort of market-based approach to fixing what's wrong with our food system that libertarians like you should support!

BL: Can an egg-less product be mayonnaise? If Just Mayo is mayonnaise, then shouldn't Miracle Whip, which has been forced to call itself "salad dressing" for generations because it didn't fit the FDA definition of mayonnaise, also have the right to use the "mayonnaise" tag? To me, this is one key narrative that's been missing in discussions of this story so far.

MS: This is tricky because I do think it's important to have some standards for what products can be called to protect against outright fraud and adulteration. And again, that's why intent matters. I am inclined to agree that if Just Mayo is allowed to be called "mayonnaise" under FDA law then so should Miracle Whip. But the main issue here is that Unilever is relying on an outdated definition and in the 21st century, there is really no reason mayonnaise has to include eggs.

BL: What do you think the specific guiding principle should be when it comes to labeling issues like these? I've always argued that "the federal government should '[o]pen up all food labels to any and all statements that aren't demonstrably false.'" Is that a good rule? If not, what would you suggest in its place?

MS: No it's not, because labels can still be deceptive even when they are not false. That's why our consumer protection laws do not allow "false or deceptive" marketing, recognizing that these can be, and often are, mutually exclusive ways to fool consumers. For example, FDA does not allow junk foods to be fortified with vitamins (i.e., the "jelly bean rule") because it would deceive the consumer into thinking the product is healthy when it isn't. As to the mayo wars, the guiding principal to me is that intent matters. The Just Mayo product does not intend to deceive anyone, contrary to Unilever's desperate argument.

BL: This case is exactly the sort of absurd fallout I predicted in the wake of the Supreme Court's decision in POM v. Coca-Cola. Do you agree that case has made it easier for companies like Unilever to file (and win) Lanham Act suits like this one?

MS: I don't think it's applicable here. In the POM case, there was no question that FDA allowed Coca-Cola's deceptive labeling, and the Court found that Coke's defense of FDA compliance did not preempt a Lanham Act claim. In this case, Unilever is making an affirmative accusation of an FDA violation. Now the POM case is relevant in the sense that Hampton Creek will argue they are also in compliance with FDA law, but they can no longer use preemption as a way of avoiding the Lanham Act.

BL: Hellman's is the most popular mayonnaise in the country. Other egg-less competitors include Miracle Whip, Vegenaise, and—now—Just Mayo. Do you think Miracle Whip's and/or Vegenaise's manufacturers might ask to join the Unilever lawsuit, taking Just Mayo's side in hopes of gaining the legal right to identify their own products as mayonnaise? Why wouldn't they?

MS: This doesn't strike me as legally viable. Those other companies would need to take up their cases with FDA directly.

BL: I'm not as skeptical. I think this case is as much about Miracle Whip and Vegenaise as it is about Just Mayo. I'd be surprised if those companies don't at least consider joining the lawsuit as co-defendants with Hampton Creek.

MS: There are at least 6 varieties [of Hellman's mayonnaise], some do and some don't. I explain it here.

BL: That's true that there are several varieties of Hellman's products. If I were Hampton Creek, though, I'd be hammering Unilever for violating the rules it claims to follow. Every Hellman's mayonnaise product appears not to meet the FDA's standard of identity for mayonnaise. My argument is pedantic, sure, but regulations that pedantic should themselves be met with a healthy dose of pedantry. And that brings me back to my previous point, which is the sheer idiocy of FDA standards of identity for food.