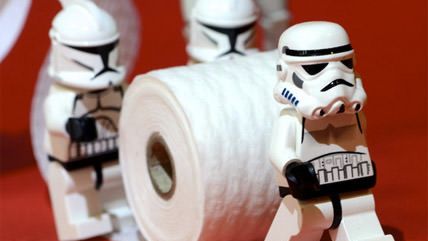 Four Memphis, Tennessee, police officers have been relieved of duty with pay after video surfaced of them tipping over a portable toilet with a man inside. They were reportedly trying to arrest the man for trespass and evading arrest when he hid in the toilet.