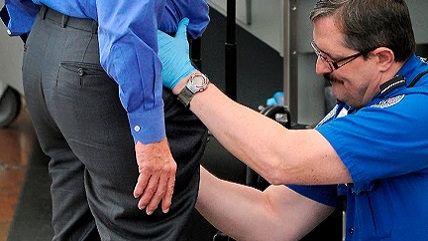 Shannon Thomas of Cleveland, Ohio is suing the Transportation Security Administration (TSA) and twenty unnamed TSA agents for opening an urn containing his mother's ashes and spilling them throughout his suitcase.

The incident occurred nearly two years ago when Thomas packed his bag with a "very heavy and sturdy" urn with a tightly screwed on top that held held his mother's ashes, and padded it in his bag "with his clothing to attempt to protect it." He checked it at Cleveland Hopkins, got a connecting flight in Washington D.C., and arrived in San Juan, Puerto Rico. The plan was to "spread his mother's remains in the Caribbean Sea, as she had requested prior to passing away."

In the two years since it happened, Thomas says "No person speaking on behalf of the United States or TSA has ever issued an apology, explanation, or notification to [Thomas] aside from the bag search notice."

The TSA assures that it "understand[s] the emotional stress passengers" and provides this guideline:

If carrying on the crematory remains, they are subject to screening and must pass through the X-ray machine. If the X-ray Operator cannot clear the remains, TSA may apply other, non-intrusive means of resolving the alarm. Under no circumstances will an officer open the container, even if the passenger requests this be done. If the officer cannot determine that the container does not contain a prohibited item, the remains will not be permitted.

The agency has spilled people's ashes before. At least they didn't laugh about it this time.