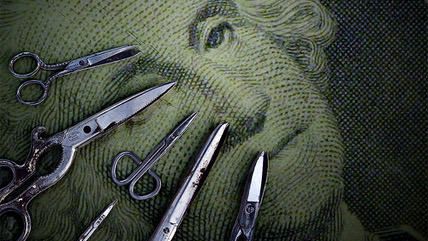 SACRAMENTO — Shortly after Senate Democrats on Thursday met with one of the nation's wealthiest men, San Francisco hedge-fund manager and political donor Tom Steyer, they went back to the Senate floor and decried the evils of high-earning corporate executives.

"If we become an oligarchy like the oligarchies we used to decry in Central American countries and South American countries, what hope is there for the rest of the world?", asked Sen. Lori Hancock, D-Oakland, as she supported S.B. 1372, which would have significantly increased state income taxes on companies that pay their executives "too much."

The bill came well short (18-17) of the two-thirds vote needed for passage, but it sparked a lively discussion that included debates not just about oligarchs, but about Marxism and wealth creation. Deemed a job killer by the California Chamber of Commerce, the bill would have boosted one of the highest tax rates in the nation to promote income equality. (It was, however, amended to minimize the impact on corporations by allowing them to deduct the higher rates on their federal taxes and to use the new money to fund job-creation programs.)

The bill would have created a sliding scale of taxes that is tied to corporate compensation. The higher the pay of the corporate executive (as measured by the ratio of CEO pay compared to other employees), the higher the tax rate. It's a punitive formula, which sparked Sen. Jim Nielsen, R-Gerber, to complain about the Senate's simultaneous efforts to "help California's economy" even as his fellow senators "bash CEOS, these greedy wealthy CEOs."

The bill failed — but critics fear the rhetoric could give corporate executives pause.

For instance, Sen. Hannah-Beth Jackson, D-Santa Barbara, recalled the 1950s, when the federal tax rate was 91 percent for earnings above $2 million. "Now why was that?" she asked. "I think that's rather extreme, but that's what happened in this country. And you know what happened during that period of time? We built America." She said that sky-high tax rates force corporate executives to invest in their companies so that they don't have to give the money to the government.

Earlier in the week, however, a broad bipartisan coalition of legislators backed a bill — endorsed by Gov. Jerry Brown — that more than triples California's tax credits (to $330 million) to Hollywood executives so they film more movies in California.

Pundits called it a massive giveaway and pointed to a Legislative Analyst Office's (LAO) report from April about the existing $100 million motion-picture industry tax credits. It found that every dollar in tax credits returns only 65 cents in benefits. The LAO also complained that these "industry-specific tax expenditures" are inappropriate because they give one group of businesses an advantage over others.

"Our taxes are so egregious that the only way we can attract business is through tax credits," Sen. Joel Anderson, R-El Cajon, told me, as his fellow senators debated the corporate-compensation measure. Senate support for the film-tax credits was a tacit acknowledgement that lower tax rates lure businesses to California — or at least keep them from doing their work elsewhere. "So why not reduce taxes for everyone?" he asked.

Sen. Nielsen noted in his floor speech opposing the executive-pay measure that California businesses also are struggling because of the cap-and-trade system that essentially taxes them for boosting their economic production. Ironically, the subject of the Democratic senators' meeting with Steyer was climate change. Steyer is funding candidates who "will take bold action" on the issue.

Rhetoric aside, the good news is many legislators know instinctively that higher taxes on wealthy business owners are a disincentive for business growth. Why else would they support tripling the tax credit for Hollywood?