No Justice at Harvard: Accused Students Don't Get Attorneys, Cross-Examination

Alumni could be called to participate in due-process-free trials for years to come. 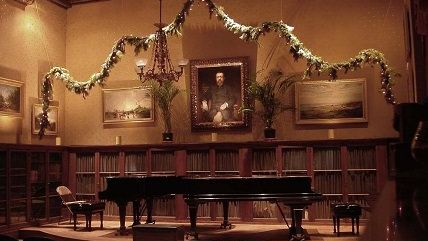 Harvard University has followed other Ivy League colleges in releasing—at the behest of the federal government—updated guidelines for how administrators should adjudicate campus sexual assault accusations. The new procedures are as vexing for civil libertarians as the old ones: They do not permit the accused to consult an attorney or to cross-examine witnesses.

In fact, accused students may not even be told who their accusers are or what testimony they have given. According to KC Johnson of Minding the Campus:

At no point does the accused student—or even his "advisor"—have a right to cross-examine his accuser, or to receive a full transcript of the accuser's interview. The accused student doesn't have the right to cross-examine any witness. (Indeed, the accused student doesn't even have a right to know the identities of all witnesses who gave the investigator/designee duo evidence against him, much less a full transcript of what they said.) Neither the policy nor Harvard's statement announcing the policy explains why the university has eliminated cross-examination—although, as seen with Michele Dauber's efforts at Stanford, it's reasonable to speculate that the university concluded that cross-examination makes exonerations more likely.

Moreover, since Harvard provides only a "redacted version" of the documentary evidence to the accused student, it's possible that the student can be branded a rapist based on information that he never had a chance to see, much less rebut. Reflecting their overall vagueness, the guidelines do not list the criteria under which the investigator/designee duo can redact evidence, nor do they spell out the grounds for appealing such a decision.

It seems like accused Harvard students are even forbidden from disputing and publicizing the cases against them. According to the policy, "Sharing such information might compromise the investigation or may be construed as retaliatory. Retaliation of any kind is a separate violation of the Policy and may lead to an additional complaint and consequences."

Johnson explains that an accused student who believes his civil rights have been violated could be deemed guilty of "retaliation" if he alerts the media or files a lawsuit.

And unlike policies at many other universities, Harvard's policy includes no statute of limitations. Alumni could be called to participate in due-process-free trials for years to come.